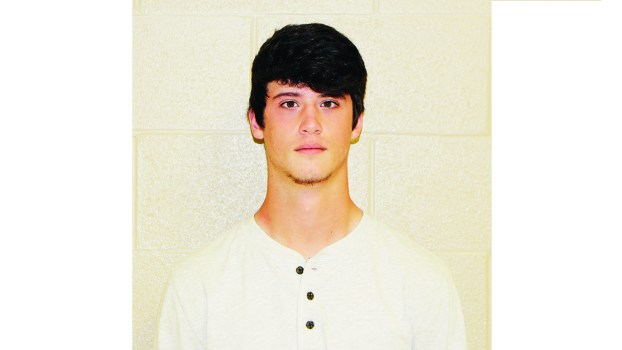 Photo submitted West Lincoln senior Logan Smith made a win-sealing interception as part of his work that earned him Defensive Player of the Week.

With St. Andrews driving deep into West Lincoln territory and the Bears lead dwindling down to six-points Friday night, senior Logan Smith made a win-sealing interception for the green and white with just eight seconds remaining in the game.

It was the second interception of the half for Smith and it has also earned him The Daily Leader Defensive Player of the Week honors.

West Lincoln coach Brad Bland describes Smith as someone the coaching staff knows they can count on.

Friday night at St. Andrews it looked like the Bears would cruise to victory as they held a 26-13 lead in the second half after being tied up with the Saints 13-13 at the halftime break.

The Bears had jumped ahead after two long scoring runs, one from quarterback Travis Hall and another from running back Michael Brothern.

One of those scores came after Smith’s first interception. Playing safety and roaming the defensive backfield like a baseball centerfielder, Smith broke on a pass by SAE quarterback Trey Hebert for a turnover that would be quickly converted into West Lincoln points.

St. Andrews didn’t give up though. The Saints scored to cut the WL lead to 26-20 and then got the ball for a final drive that could have led to either a tie or a win. However, Smith ended the game by being in the right place at the right time for the second time on the night.

“Logan’s a versatile kid,” said Bland. “He plays wide receiver, defensive back, and is the holder for us on point-after kicks. He’s a leader in the weight room and on the field.”

As a wideout Smith has caught four passes for 75 yards. He’s averaging 18.8 yards per catch. Defensively he’s made 24 tackles with one for a loss thus far in 2019. Against St. Andrews he had two tackles to go along with his two picks and caught one pass for 26 yards.

West Lincoln has gelled as the season progresses after staring the year with a number of key players battling injuries. The Bears are one of the most experienced teams in Region 7-2A.

Friday West Lincoln will need Smith and all of his defensive cohorts at their best as they face off against a strong Wesson passing attack in the region opener for both schools. Freshman quarterback Will Loy has thrown for 807 yards and six touchdowns this season. Most of that has come in the last three games when he was moved from backup to starter.

As a unit the West Lincoln defense has been good at forcing turnovers as they’ve grabbed five interceptions and recovered 10 fumbles through six games.

The No. 15 Copiah-Lincoln Community College Wolves are looking to bounce back in week six after back-to-back losses against a... read more