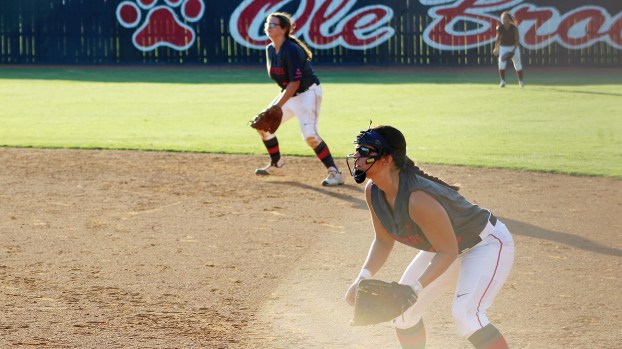 Daily Leader file photo The Brookhaven High Lady Panthers are back in action today as they host Northwest Rankin for a MHSAA slow-pitch Class II second round matchup. Game one begins at 5 p.m. in the three-game series.

The area slow-pitch teams playing in the first round of the MHSAA playoffs this weekend flexed their collective muscles as all four qualified for second round games which start today.

Coach Mandy Vinson and her Lady Panthers (19-8) had little problem sweeping West Harrison on Saturday as BHS took the series with a 15-3 win in game one followed by a 10-2 win in the clincher.

Tonight, the Lady Panthers will host Northwest Rankin in a three-game series that begins at 5 p.m. The Lady Cougars (19-6) of NWR beat Clinton in the opening round to advance. Northwest outscored Clinton 31-0 in the two-game series.

The sweep of West Harrison came after the Lady Panthers did the same thing last year in the playoffs. Saturday, they piled up 14 hits in game one as Lulu Cook hit a grand slam to pace the BHS offense. Kyla Henderson also homered and had four RBIs while Lynsey Nations chipped in three RBIs.

In the finale Cook did it again as she hit another grand slam while also slugging an additional home run to push across 7 RBIs in the win.

The Lady Cougars (17-4) didn’t meet much resistance as they swept D’Iberville with 7-3 and 12-0 wins Saturday.

Today LC hosts Warren Central with game one beginning at 4:30 p.m. The two teams met on Sept. 14 with LC taking a 17-1 over the Lady Vikings.

Abeni Fulller and Skyler Speights smacked two homers apiece for LC in the sweep of D’Iberville. The Lady Cougars are on a 14-game winning streak.

The Lady Cobras and coach Michelle Nunnery will hit the road today for a series at Ethel High School in Attala County.

Game one is scheduled for 5 p.m. but at press time Nunnery said that may be moved up due to both schools being out on fall break today.

Saturday the Lady Cobras moved past the first round with a sweep of Bay Springs, winning game one 7-2 and game two 8-3.

The Lady Bobcats (15-7) won game one 10-0 over Tylertown before a weather delay forced game two to be moved to Monday. When the game picked up Monday it was tied 3-3. Things didn’t stay like that for long though as the Lady Cats saw their bats come alive for a 15-3 win in game two.

The Lady Bobcats host Union today at BC beginning at 5 p.m.

The Brookhaven High Panthers (1-5) traveled to Laurel Monday to make up their postponed Region 3-5A matchup with the Golden... read more