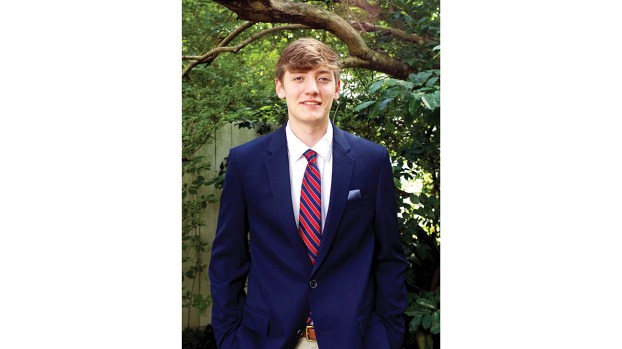 The voice of one Brookhaven High School student will be heard at the state level this year.

McLain Henderson, a senior of BHS, was one of 83 students throughout the state chosen to be a part of the Mississippi Superintendent’s Student Advisory Council.

“BHS is proud to have McClain Henderson on the state Superintendent Student Advisory Council,” Principal David Martin said. “McLain is a great representative of both BHS and students in our area. He will be an asset for MDE in gathering data and information regarding students ideas and concerns.”

Twice a year, the SAC will meet with the superintendent in Jackson to give input on making improvements. Henderson was born in Brookhaven and spent much of his childhood there, but he later moved to Virginia and then Indiana, giving him a fresh perspective on education.

“When I lived up in Indiana, it was different as far as Brookhaven goes,” he said. “There’s not as much an emphasis on technology. That’s really not good, because that’s the future. Programming, coding and things like that. That’s really where all the jobs are going”

In addition to technology, Henderson said he believes there should be a greater emphasis in vocational training rather than funneling every child through colleges and universities. Henderson said he isn’t just interested in his own ideas, however. He said he plans on getting input from students and the school administrators as well.

In addition to his new duties on the SAC, Henderson also plays basketball for BHS. By all accounts, Henderson keeps busy and involved. Last year, he helped kick off Brookhaven’s literary magazine.

“It’s a collection of non-fiction, fiction, poems and art — anything students in Brookhaven want to fit in they can submit and publish it for the school,” he said.

Henderson said he’s always loved to write, and he saw a gap to be filled in his school.

“When I got to Brookhaven High School, we didn’t have literary clubs,” he said. “The yearbook isn’t even a club. So I just thought it would be a good idea and a lot of kids would benefit from it, so I started it with some help.”

Henderson said he hadn’t received his schedule yet and wasn’t sure when the SAC will first meet, but he’s got a plan and he’s ready to go.

Keepsake ornament offers ‘Haven’ to all

This Christmas, members of the Lincoln County Historical and Genealogical Society are hoping families will want to hang a little... read more