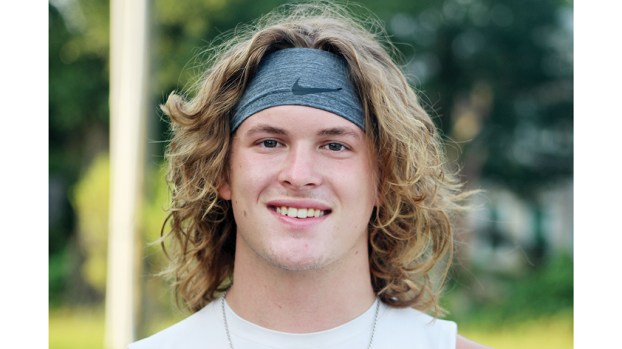 West Lincoln junior linebacker Tate Smith is a candidate for All-Area honors after football season concludes. Smith is an important part of the team for the Bears (4-4) in their defense and on the offensive line.

And this really doesn’t have anything to do with football, but if there were honors for an all-hair team, Smith might be the MVP of that group too.

Friday, in a 33-0 win over Enterprise, Smith and his flowing locks made a team-high 12 tackles to earn The Daily Leader Defensive Player of the Week.

Three of those tackles by Smith were for a loss as the Bears made 12 combined tackles for a loss against EAC.

West Lincoln only led 12-0 at halftime in a physical game. Their first score of the night came on a 92-yard interception return by junior Justin Pratt.

The green and white defense was aggressive all game as sophomore Enrico Price also grabbed an interception that he returned for 65-yards. Junior Cade Everett recovered a fumble for WL and junior Chris Freeman caused a fumble and returned one 42-yards.

Smith and his teammates limited Enterprise to 167 total yards rushing as they moved their Region 7-2A record to 1-1.

A heady player who anticipates the action well as a linebacker, it’s not surprising that Smith is the brains of the offensive line as the center. He’s also at his best defensively when he’s the middle linebacker, conducting traffic as to wear the Bears should line up.

He’s second on the team with 55 combined tackles this season, despite missing the opener with an injury and being used lightly in the first few games coming back.

The 6-foot-1, 220-pound Smith finished with 79 tackles last season as a sophomore starter for West Lincoln.

When football season ends, Smith dons a headband and takes the court for coach Brooks Smith and the basketball bears.

The goal for the Bears and coach Brad Bland is to win their next three games and lock up second place in Region 7-2A. Doing that would assure West Lincoln of hosting the second home playoff game in school history.

Region 7-2A is matched up with Region 8-2A in the first round of the playoffs. Members of Region 8 are Collins, East Marion, North Forrest, Perry Central and St. Patrick.

This week the Bears will play Loyd Star on the road followed by back-to-back home games against Bogue Chitto and Amite County.

With the postseason approaching, the Brookhaven High cross-country teams continue to post strong results in their recent meets. Saturday at... read more