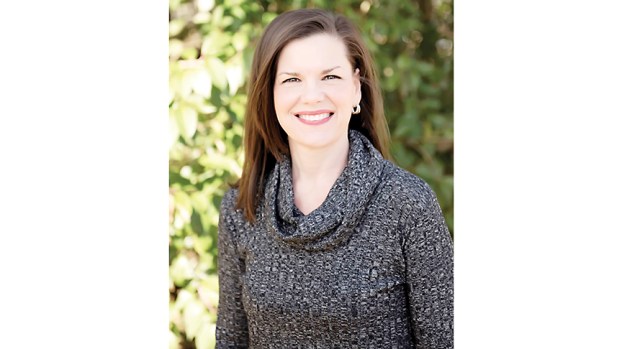 An agency that interviews victims of child abuse and provides therapy for children who have experienced abuse or witnessed violent crimes has opened a satellite office in Brookhaven.

The main office is in Pike County, where the advocacy center has operated for over 20 years, said Executive Director Kim Walley.

“We’ve started growing and the demand started increasing,” she said.

However, Walley doesn’t attribute the growth to an increase in abuse cases, rather a greater awareness by the public of the services they offer.

The Pike County office had already outgrown its one office space before plans were made for a Lincoln County satellite office.

With grant funding, Walley was able to lease two additional offices in McComb, all beside each other, for therapy, forensic interviews and outreach.

Last year, at the board’s strategic planning session, they considered the satellite office as a way to keep children from Lincoln and Copiah counties from traveling to McComb for services. Law enforcement and child protection services also will be able to spend less time away from their jobs to travel to Pike County to watch forensic interviews, she said.

The McComb offices will continue to serve Pike, Walthall and Amite counties.

Walley expected to open the satellite office next year, but the opening was moved to November. They actually opened in late September and have already conducted a few forensic interviews and therapy sessions.

She’s anticipating the office will continue to increase as clients become aware of the agency, which is accredited through the National Children’s Alliance.

Southwest Mississippi Children’s Advocacy Center is one of 11 in the state and 900 nationwide. They receive some funding from the state, through the Attorney General’s office, but rely on Walley’s ability to find and secure grants. Families are not charged for the services they receive at SMCAC.

The center’s operational budget comes from proceeds from the Victims of Crime Act, the Children’s Advocacy Centers of Mississippi, the United Givers of Southwest Mississippi, Mississippi Lifeline, appropriations from the five counties it serves, grants, donations and fundraisers. The center will sell angel Christmas tree ornaments again this year, which is one of its biggest annual fundraisers.

Sexual abuse accounts for the majority of the cases, followed by physical abuse and neglect, Walley said. A portion of the clients they serve witnessed crimes, while some were endangered by parents’ or guardians’ drug activities.

The advocacy center approach nationwide began after a grandmother complained to an Alabama district attorney that her granddaughter, who had been abused, had to repeat the horrible details of what happened to her to multiple people. By talking to a trained forensic interviewer in a recorded interview, the trauma to the child is reduced as well as to the family and all involved, Walley said.

Walley, who lives in Brookhaven, goes to the satellite office at least twice a week to meet with the multi-disciplinary teams comprised of representatives from SMCAC, law enforcement, child protection services, the district attorney’s office and medical and mental health services.

“Lincoln County has a team and Copiah County has a team and we all work together on all these child abuse cases,” she said. “That’s our job, to bring the team together, and to have the forensic interviews in a child-friendly place where the team can come and watch the interviews, while the child’s being questioned one time in another room with a trained interviewer.”

Walley and a clinical supervisor travel between the two offices. A forensic interviewer, child advocate and a therapist operate in the Brookhaven office and the therapist also travels into Copiah County to meet with clients once a week.

The Brookhaven office is open Monday through Thursday. The staff meets in McComb on Fridays for peer support and case review, Walley said.

The agency also works with each clients’ family.

“We know that if the child goes back into that environment at some point in time, and if we’re there to help the caregivers or family or foster parents be able to handle that child and help that family, we know that child has a better chance,” she said. “It’s all about the child.”

Those who suspect or witness child abuse are mandated by law to report it to the Mississippi Department of Child Protection Services, Walley said. The Child Abuse Hotline is 1-800-222-8000. Call local law enforcement agency or 911 if the situation is a life-threatening emergency.

According to the Mississippi law, an abused child means a child whose parent, guardian or custodian or any person responsible for his care or support, has caused or allowed sexual abuse, sexual exploitation, emotional abuse, mental injury, non-accidental physical injury or other maltreatment of the child.

Physical discipline, including spanking, performed on a child by a parent, guardian or custodian in a reasonable manner is not considered abuse under the law.

When reporting abuse, be ready to give the following information:

• Description of the situation and marks or bruises that may be present.

• Person responsible for victim’s care, alleged perpetrator name(s), and witnesses to the situation.

• Other relevant information that would expedite an investigation such as; manufacturing of drugs in the home, possession of weapons, domestic violence, etc.

Tickets are available for the annual sportsman’s banquet hosted by the Lincoln County chapter of Ducks Unlimited, which is an... read more