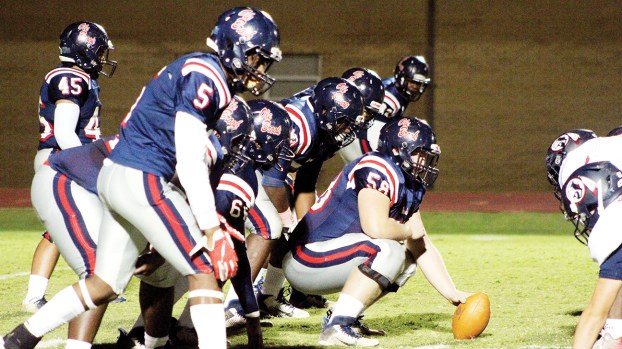 Photo by Cliff Furr Brookhaven High School has three more regular season games remaining including a trip tonight to face the Jim Hill Tigers at Hughes Field. BHS is tied with Natchez and Forest Hill for second in the division and play those teams over the next two weeks.

Panther fans traveling to the game should be aware that at 7 p.m. tonight the westbound lanes of I-20 will be closed by MDOT for a bridge deck replacement over Lynch Creek.

Hughes Field is located on Ellis Avenue and that street can be accessed from East McDowell for fans looking to avoid the interstate and possible delays.

The Panthers and coach Tucker Peavey are looking for their third-straight region win as they battle for the third seed in the region. BHS hosts Natchez next week in their final home game and then travel to play Forest Hill in their regular season finale on Nov. 8.

Last week in a 49-14 homecoming win over South Jones the Panthers got monster offensive games from their senior playmakers.

The Ole Brook defense continued to show improvement as defensive lineman Travon Lee and Kadarisu Wells — both seniors — led the team with seven tackles each. Fellow senior Dezmon Showers made six stops as well. Lee had a sack while freshman Kermit Sartin and junior Toney Bussey each recovered a fumble in the win over SJ.

The Brookhaven Academy Cougars (5-4, 2-1) will head in a western direction tonight to see the sights and take in... read more