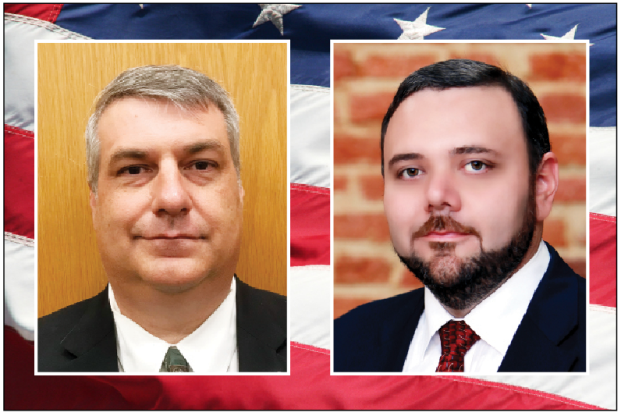 Two men want to be the district attorney for Lincoln, Pike and Walthall counties for at least the next four years — incumbent Dee Bates of Summit and Brookhaven attorney Joey Norton.

Bates, a Democrat, has been prosecuting criminals for 18 years with the last 16 as district attorney. He wants his experience to speak for itself and hopes the voters are listening.

“I have never publicly made any negative comments about my former or current opponents and I do not plan to do so now,” he said. “My position requires a significant amount of specific knowledge, experience and on-the-job training. It takes a lot of hard work to prosecute all of the felony cases in our district. My office has the burden of proving every case beyond a reasonable doubt and we have been very successful in doing so for all of the years I have been in office.”

Norton, a Republican, is a partner at the Boerner Law Firm, where he handles the majority of the criminal law cases. He has practiced law in Southwest Mississippi for over a decade, taking on criminal and civil cases from justice and circuit court to the Mississippi Supreme Court and U.S. Federal Court.

He thinks a change is needed in the district attorney’s office.

“We cannot keep doing the same things we have been doing for the last 16 years and expect different results,” he said. “Our district has seen violent crimes like never before, from officers being killed in the streets to a child being killed while playing video games in his home. Drug dealers continue to poison our children and families, and property crimes continue to rise. These cases must be taken seriously, prosecuted through the courts efficiently and effectively, and within the time limits of the law. Justice delayed is justice denied, while leaving victims without a voice.”

Bates said he is aware his opponent has criticized the use of pleas and sentence recommendations, but he has not heard criticism from those involved in the justice system.

“The victims of the criminals I prosecute are not complaining, because any recommendation I make is done with their knowledge and understanding,” he said. “They may not like the system, and I will have to admit I sometimes do not either, but they understand the reasons behind it.”

Bates said what the public calls plea bargaining is a normal function of the judicial system.

The rules of Mississippi courts require the use of this procedure, Bates said. A felony trial takes generally two to four days, and costs the counties several thousand dollars, he said.

Bates opposed House Bill 585 — passed in July, 2014 — which reduces potential prison time to defendants the state prosecutes by releasing them from jail early.

“If my office and the other prosecutors in Mississippi did not make plea recommendations then our system would immediately come to a halt, and the costs for the courts, jails and the public safety would be incalculable,” he said.

“Without some form of plea bargaining, the court system would collapse under the load of trials. Victims would never receive closure. That said, if a case has excellent evidence and a great probability of conviction, it should not be bargained away on a light sentence to avoid trial,” he said.

It’s the DA’s job to review each case individually and offer plea alternatives appropriate to that case, he said.

“Instead of making weak deals in strong cases, these criminals should be held responsible for their actions,” Norton said. “While it is a necessary evil in the court system, bargaining in every case creates a perception of weakness, and diminishes respect for the law. My intention is to ensure the punishment fits the crime, whether that means a plea is offered or the case goes to trial.”

Bates has been accused of not being tough enough on repeat offenders.

“We must take all crime serious, especially violent repeat offenders, and I have and will continue to do so,” Bates said. “I will continue to successfully prosecute them and ask our judges to send them to jail for as long as the law will allow for their specific crimes.

“It is interesting to note that some like to criticize my handling of one or two of the more than 17,000 cases I have prosecuted over the past four terms. Since every decision I make has to balance the interests of the State of Mississippi, the tax payers, the law enforcement officers involved in the case and the victims of each crime, I consider the fact that my critics can only point to a couple cases to be a major accomplishment.”

“Far too often, the habitual offender laws are used as a bargaining chip to obtain a guilty plea, rather than being enforced,” he said. “Our Mississippi laws provide that, upon a third felony conviction, the offender should be sentenced to the maximum penalty for their crime, without the possibility of parole. These laws have sharp teeth, with lasting impressions on both the offender and criminals who would do the same; they must be enforced rather than bargained away.”

It is also the responsibility of the district attorney to bring cases to court in a timely manner to prevent repeat offenses as they “roam the streets awaiting trial,” Norton said.

“Many crimes in our district  are committed by offenders already out on bond, awaiting their cases being brought to trial or even being brought to grand jury for indictment,” he said. “Justice delayed is justice denied, and lengthy court delays leave us exposed to repeat offenses.”

Voters Tuesday will head to the polls beginning at 7 a.m. to cast ballots in state, district and county elections.... read more