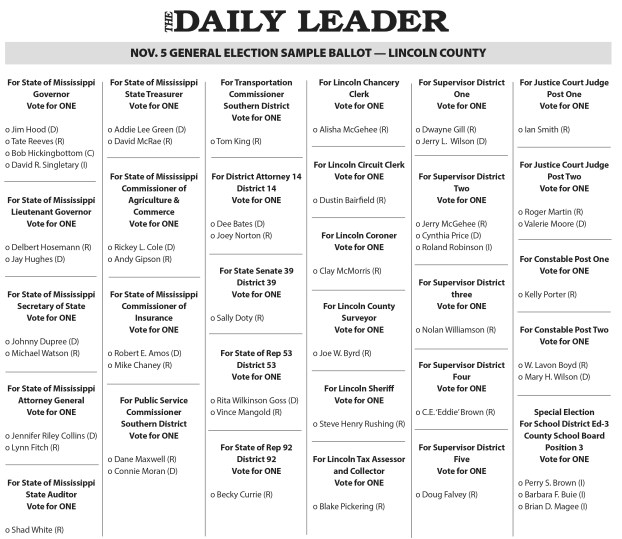 Polls are open today until 7 p.m. for voters to cast ballots in state, district and county elections.

Any voter in line at 7 p.m. is entitled to cast a ballot.

Lincoln Circuit Clerk Dustin Bairfield said 10,646 ballots total were cast in August. That’s 51 percent of the approximately 20,900 registered voters. Bairfield said he expects at least the same number of total ballots to be cast for the general election.

The Secretary of State’s office offers the following helpful information for voters:

• Campaigning: It is unlawful to campaign for any candidate within 150 feet of any

• Loitering: The polling places should be clear for 30 feet from every entrance of all people except elections officials, voters waiting to vote, or authorized poll watchers.

• Camera phones: Voters are prohibited from taking pictures of their marked ballot.

For nearly 30 years, members of the Junior Auxiliary of Brookhaven have brightened Christmas for thousands of children through its... read more