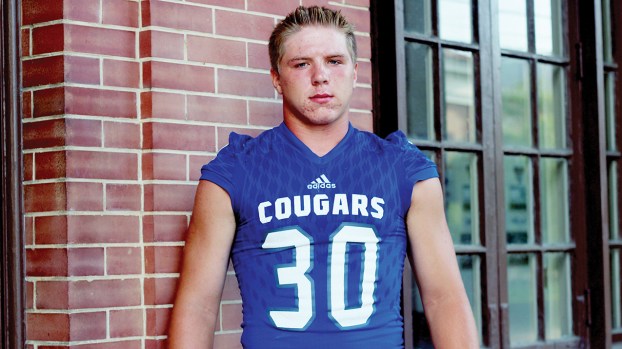 Brookhaven Academy senior linebacker Nick Ogden can see the end of his high school football career sometime in his near future. From here on out it’s win or go home for Ogden and his teammates in the MAIS playoffs. Friday night in their postseason opener against Kirk Academy Ogden and the Cougar defense were suffocating in earning a 27-0 win.

Ogden made a team high 8.5 tackles while also intercepting a pass and making a sack. For his efforts the senior standout has been named The Daily Leader Defensive Player of the Week.

Kirk picked up just 61 yards rushing and another 114 yards through the air to finish the night with just 175 combined yards in the game.

Coach Ron Rushing and his Cougars (7-4) have found their footing defensively as they’ve given up just under 10 points per game in their last four games combined.

Defensive end Gage Brown and defensive back Collin Waldrop both recovered fumbles in the win against Kirk. Waldrop also snagged an interception and fellow DB Rob Johnson broke up four passes in the game. Johnson also caused a fumble while Brown added a sack as well.

Ogden carried the ball 17 times against Kirk as a running back. He gained 75 yards and scored one TD in the win.

The Cougar defense will be further tested Friday in the second round of the playoffs when they travel to Flora to face Tri-County Academy.

There is much familiarity between the two schools. In 2018 and 2019 they met in the championship series of the baseball playoffs with the Cougars winning both times. It was Ogden’s walk-off hit that gave BA the trophy over Tri-County last season.

On Monday Ogden signed to continue his baseball career with Mississippi Gulf Coast Community College. As a catcher he’s as physical working behind the plate as he is carrying the football on Friday nights.

As a linebacker, he shows natural instincts when pursuing the ball. Ogden moves his feet and flows towards the ball develops. When clarity comes on whether the play will be a pass or run, he uses his speed and athleticism to react.

Whether carrying the ball as a running back or pursuing it as a linebacker, you can tell that Ogden’s teammates count on the senior to make plays. He’s one of only four seniors on the BA roster.

Friday night, Cougar nation will look to the 6-foot, 210-pound Ogden to make plays for the blue and white one more time as they hope to extend their season by one more game.

Ross looks at home under center, picks up Offensive Player of the Week