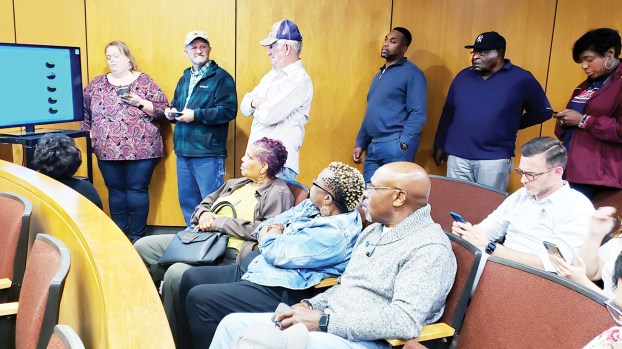 Photo by Donna Campbell Lincoln County residents gathered Tuesday evening in various locations — including the Lincoln County Circuit Court courtroom — to watch as results were posted after precincts brought in votes to be counted.

Incumbent Democrat Dee Bates earned enough of the vote in Lincoln, Pike and Walthall counties Tuesday night to win another four years as the district attorney for District 14.

This will be the fifth term for Bates, of Summit, who has served as the three-county district’s attorney for 16 years. He defeated Republican Joey Norton, a Brookhaven attorney, 15,377, or 53.67 percent, to 13,295, or 46.4 percent, in district-wide unofficial totals.

Results were slow coming in Tuesday — especially in Pike County — with Norton conceding the race around 2 a.m. Wednesday.

Bates thanked God, the voters and his staff for his win.

“I thank God and all the citizens of our district for an opportunity to continue to serve this district, my neighbors,” he said. “And all the people that I work with are important. We have a lot of big cases that we’ve got to work on and that’s what we plan on doing. We’ve been working and will continue to work on those cases, and get them resolved.”

This was a first-run for the DA post for Norton, who won Lincoln County, but was defeated in Bates’ home county and Walthall.

“I can’t thank people enough for what they’ve done for me,” Norton said. “My dad always told me that you can count on one hand your true friends in this life and I think I need extra hands to do it with mine. I cannot tell you how many people have come out to support me. This has been one of the hardest but greatest experiences of my life because I have met people that I would have never met otherwise who will be lifelong friends. I’ve done things that nobody else gets to do.”

“God’s got a plan and I still fully believe that he intended us to do this and we were led to do this,” he said. “He has given us more courage and strength and grace in this than I’ve ever seen before. Just his hand in our lives has been great.” 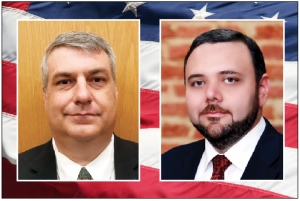 A runoff election is set for Nov. 26 to decide who will serve on the Lincoln County Board of Trustees... read more