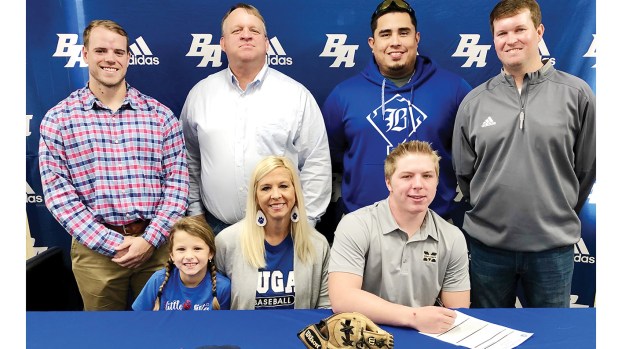 A Daily Leader All-Area selection as a junior, Ogden hit .306 with seven doubles and two home runs. He drove in 17 RBIs and scored 23 runs. Ogden hit the game winning RBI single to give BA their second straight MAIS AA state championship and also finished 3-0 as a pitcher, striking out 17 in just over 10 innings of work. He’s also the leading rusher on the BA football team as well.

BA alum Dawson Flowers is a freshman for the Bulldogs and is currently rehabbing from offseason shoulder surgery. Former Brookhaven Academy coach Tyler Parvin — now an assistant at Jackson Academy — says Gulf Coast is getting a good player and person who will only improve on the field.

“Nick has a great arm that still has untapped potential,” said Parvin. “He’s a great kid with a tremendous attitude who is willing to do whatever you ask of him with 100 percent of his effort. He’s extremely athletic.”