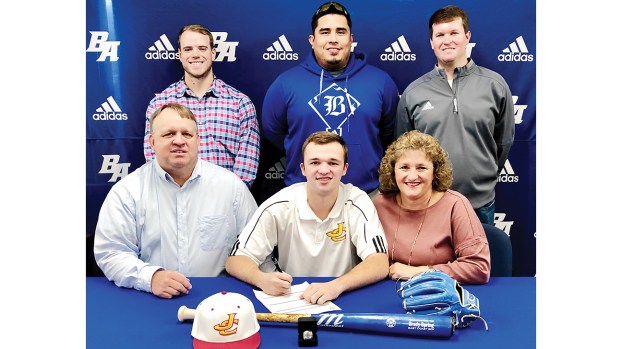 Spring finished his junior season batting .377 with a team high 11 doubles and earned a spot on The Daily Leader All-Area team. He also hit two home runs and drove in 19 runs while scoring 26 runs. An MAIS All-State selection, Spring made six pitching appearances and struck out 16 while posting a 2-0 record.

Former BA slugger O’Neill Burgos will be a sophomore for Jones this season and Enterprise alum Hunter Richardson is a freshman for the Bobcats. The son of former Brookhaven High head coach and current BA assistant Randy Spring, the younger Spring has literally grown up on a baseball diamond. His former coach Tyler Parvin says that’s part of what makes him great.

“Brady has an extremely high baseball IQ,” said Parvin. “That’s one reason why he’s such a good hitter. He probably taught me as much over three years as I taught him. It was an honor and a privilege to get to coach him alongside his Dad.”

The top spot on the podium at the MHSAA 2A cross country state championship was an all Lincoln County affair... read more