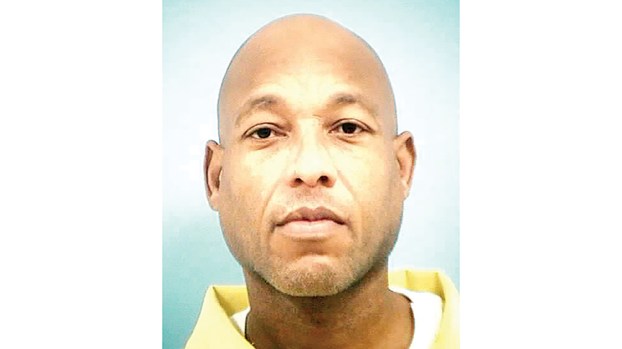 The Mississippi Supreme Court affirmed a Lincoln County man’s conviction for possession of a firearm by a convicted felon, ruling his claims lacked support, according to court documents filed Thursday.

Sylvester “Velp” Williams, 44, is serving a 10-year sentence in the Mississippi State Penitentiary in Parchman with a tentative release date of September 2028.

Officer Gregory Holloway with the Mississippi Department of Wildlife, Fisheries, and Parks testified he saw Williams throw a .40 caliber Hi-Point pistol from the passenger seat of a fleeing Grand Marquis the officer had been pursuing on May 27, 2017, after the driver of the Grand Marquis fled from Holloway and officer Sheila Smith at Lake Lincoln. A jury found Williams guilty of possession of a firearm by a convicted felon last year.

On appeal, his appellate counsel certified he found no arguable issues to appeal so Williams opted to file a pro se brief, arguing on his own behalf. He argued the state’s evidence was insufficient and that the jury’s guilty verdict was against the overwhelming weight of the evidence. He also claims a judge and attorney should have recused, a defense witness was wrongly prevented from testifying, a jury instruction was incorrectly refused and he received ineffective assistance of counsel.

The Mississippi Supreme Court, however, found no merit to any of Williams claims, according to court documents.

“The State sufficiently proved the charged crime. And the weight of the evidence supports the jury’s guilty verdict,” wrote Associate Justice James Maxwell II. “Williams’s remaining claims lack any support. We therefore affirm Williams’s conviction for possessing a firearm as a convicted felon.”

Williams did not argue his prior felony conviction, but said the state offered insufficient evidence that he possessed the firearm recovered on the side of the road after the car was stopped.

The justices sided with the evidence which included Holloway’s testimony and the testimony of the driver, Lawrence Buie, who at the time was neither a convicted felon nor prohibited from possessing firearms. Buie admitted owning another gun found at the scene and testified the Hi-Point pistol was not his.

Williams claimed Justice Court Judge Joe Portrey and court-appointed attorney Jason Tate should have recused themselves from his case, but the record makes no mention of these two, Maxwell wrote.

“Neither participated in Williams’ circuit court trial. And there is no recusal motion in the record. This court cannot consider issues not raised at trial or preserved in the record,” he said.

Williams also insists the court denied him a fair trial because it prevented defense witness Phoenix Collins from testifying. He attached to his pro se brief a purported letter from Collins claiming the DEA purposely held her in a room near the courtroom during his trial and refused to let her testify. He claims his trial counsel knew about this, Maxwell wrote.

The justice determined the unsworn letter was not in the record and the court does not consider matters outside the record. Also, Collins had been subpoenaed but did not show up.

“Williams’s trial counsel checked for Collins several times, even sending someone to her house. Williams neither accepted the judge’s offer to help bring Collins in to testify, nor did he request a recess or continuance to try to find her. He made no related motions or objections. There is no record evidence to support this claim,” Maxwell said.

“Because the State offered sufficient evidence to prove the firearm offense, the court rightly denied a peremptory instruction,” Maxwell said.

Williams final complaint was about his trial lawyer. He argues his lawyer’s performance was constitutionally deficient. He cited his lawyer’s supposed involvement with the DEA ploy to prevent Collins from testifying.

“And he claims his lawyer failed to argue ‘possession is nine-tenths of the law,’” Maxwell said.

Records show Williams’ lawyer subpoenaed Collins and made attempts to locate her. When she failed to appear, counsel discussed the missing witness with Williams before the defense presented its case. Furthermore, Williams makes no showing about Collins’ proposed testimony or how she would have contributed to his defense.

“Williams also declares, without specifics, that Jason Tate rendered ineffective assistance, but there is no reference to a Jason Tate in this record and this court cannot consider a matter not in the record,” he said. “Second, Williams is simply wrong that ‘possession is nine-tenths of the law’ on this charge. In fact, possession — which can be either actual or constructive — is an element that must be proved 100 percent of the time in felon-in-possession cases.”

Williams’s more general claim that trial counsel failed to challenge his gun possession is untrue, Maxwell said. His defense centered on his claim that he had just left the lake after swimming, so it was not possible for him to be carrying a gun. The defense argued the only gun in the car belonged to Buie. And his attorney also called several witnesses, including Williams himself, to testify he did not possess a gun that day. Thus, Williams has failed on both prongs of his ineffective-assistance-of-counsel claim, Maxwell said.

For the second time in three years, Betty’s Eat Shop is the winner of the Taste of the Trust’s People’s... read more