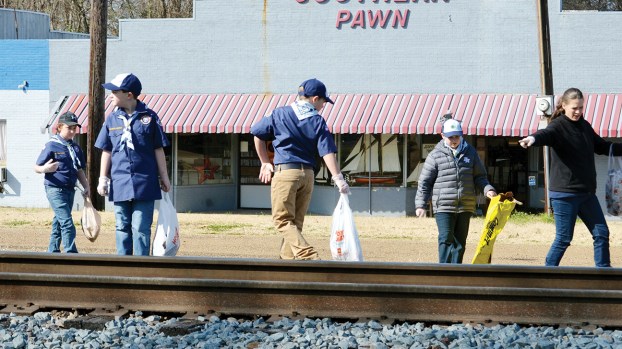 Season of Giving: United Way offers opportunity to bless others

The United Way of Lincoln County’s umbrella grew a bit larger this year.

The organization that has been an instrumental part of helping the community for nearly four decades recently added two more programs to its list of fund recipients — the Dr. A.L. Lott Youth Sports program and Blessings in a Backpack, said United Way President Rob McCreary.

“As the United Way for Brookhaven and Lincoln County, we are looking to fund programs that will make our community better and help those who need it most,” McCreary said. “We just want to inform the public how this helps and give them a chance to give. Most of the time when people give to a cause they are not sure what the money is going to. With United Way, our organization is an open book. We spend 98 cents out of every dollar giving to the organizations we sponsor.”

The United Way board screens each organization to see how it spends the money it is giving.

The United Way also works with the Salvation Army to assist people who have been financially impacted by natural disasters like a fire or tornado, he said.

The organization is asking for donors who are willing to help with the United Way mission to “build a stronger, healthier community by bringing together the human, financial and strategic resources necessary to deliver measurable improvements and solutions to the critical health and human services facing the community we serve,” McCreary said.

Most of the donations the United Way receive come through payroll deductions, which are available for monthly withdrawals or yearly. Companies that are interested in offering the opportunity to their employees can call Nations at the Brookhaven/Lincoln County Chamber of Commerce at 601-833-1411. She’ll arrange for McCreary to set up the program at the business and talk to employees about it.

They can also receive donations through the mail at United Way of Lincoln County, P.O. Box 978, Brookhaven, MS 39602.

Plans are underway to add a “donate now” button to the Facebook page, which can be found at facebook.com/UnitedWayofLincolnCountyMS.

All donations are tax deductible.