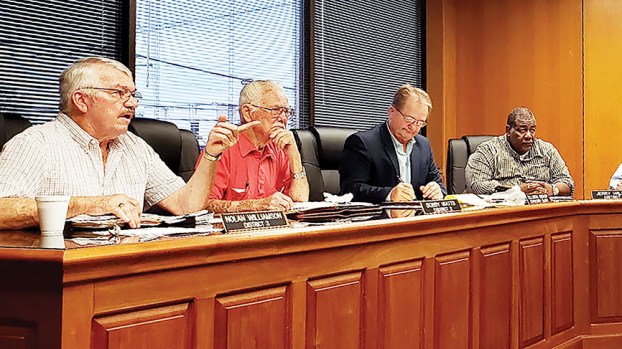 Supervisors, others to attend training sessions

A newly-elected addition to the Lincoln County Board of Supervisors will get two days of education before he’s even sworn in to office.

Jerry McGehee, who was elected Nov. 5 to the District 2 seat, will attend new term orientation through the Mississippi Association of Supervisors Dec. 10-11 in Jackson. He will be joined by District 1 Supervisor Jerry Wilson, board president, District 3 Supervisor Nolan Williamson and District 5 Supervisor Doug Falvey.

Supervisors’ attendance of the educational sessions will count as “core credits” in the newly-formed, voluntary supervisors’ education program — MAS Institute for Excellence in County Government.

The county is paying the $195 registration and travel expenses for each of the four men to attend. However, none plan to stay overnight, so there’s no hotel expense.

McGehee, who is replacing a retiring Bobby Watts, was present at the meeting.

Chancery Clerk Tillmon Bishop, who is retiring at the end of his term in December, requested approval for his replacement to attend mandatory training Dec. 9-13 at Cabot Lodge in Jackson. Deputy Clerk Alisha McGehee, who was unopposed in the general election, is required attend the training. It is paid for and conducted by the Mississippi Judicial College.

The board approved her travel request 5-0.

County Administrator David Fields made a request to the board on behalf of Lincoln County Coroner Clay McMorris to attend the Mississippi Coroner and Medical Examiners Association’s 2020 winter conference Jan. 8-10 in Flowood.

McMorris will be attending along with deputy coroners Ricky Alford, Robert Tyler and John Riggs.

McMorris serves on the MSCMEA executive board as one of nine region directors.

Falvey asked if the $250 registration for each of the four men to attend the conference was a budgeted expense.

“They budgeted for it at the beginning of the year and it will have to come out of that,” Bishop said. “This won’t be an item of amendment.”

“They go every year and we figure that in,” Fields said.

The board approved the request 5-0.

Locals are fighting for everyone to have food security

Ensuring that everyone has adequate access to food takes work. First United Methodist Church in Brookhaven will host a food... read more