Goody’s about to go away — but not really 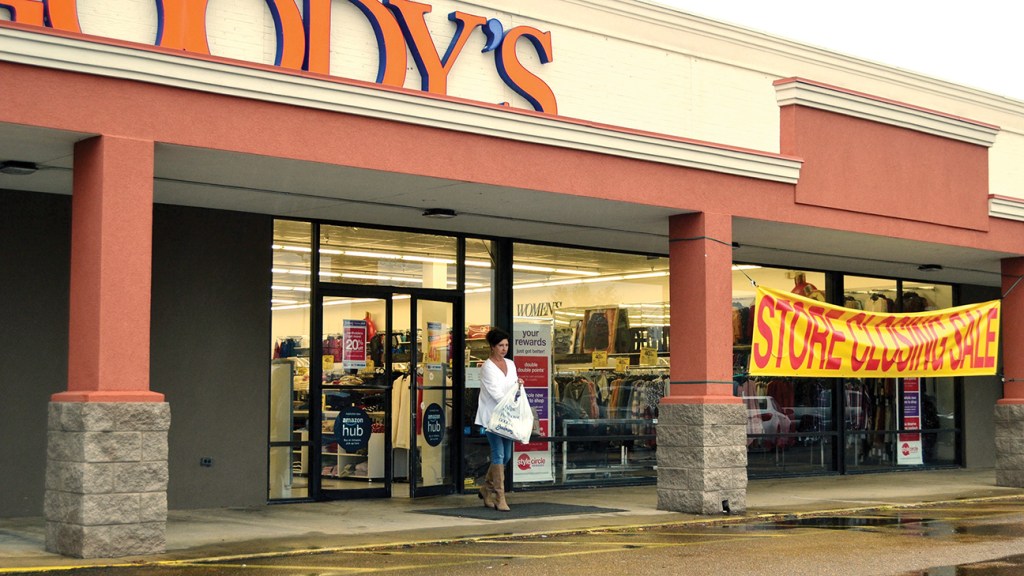 Photo by Donna Campbell A customer exits the Goody’s on Brookway Boulevard Friday with her purchases. The store is closing, but only long enough to switch the inventory and signage to Gordmans.

Q: Is Goody’s closing? There’s a big sign in front of the store that says it is.

Goody’s, located at 834 Brookway Blvd., will close briefly in 2020 and reopen as Gordmans, an off-price department store based out of Nebraska. It’s a rebranding process that’s happening nationwide.

There is a big yellow banner across the front of the store announcing a “store closing” clearance sale.

“Once they come in and talk with us, we give them a rundown of what’s going to take place and they get a little relieved,” said store manager Thelma Brooks, who has been with the company since 1995.

Goody’s is part of the family of Stage Stores including other stores such as Bealls, Palais Royal, Peebles and Stage. Stage Stores Inc. operates more than 700 stores in at least 40 states. According to its website, the company acquired Gordmans in 2017.

Stage announced a long-term strategy to convert the full Goody’s chain of department stores to Gordmans by mid-2020.

Brooks doesn’t know yet when the Brookhaven store will make the official change to Gordmans.

“They haven’t given me an exact date. All I know at the moment is it will be some time across the summer or the spring,” she said. “We’re closing and then we’ll reopen like eight days later.”

The staff will remain the same, though Brooks expects the inventory to change.

Goody’s offers on-trend apparel for men and women, accessories, shoes and housewares, while Gordmans is billed as an everyday off price department store with a large selection of the latest brands, fashions and styles at up to 60 percent discounts off department store prices.

The Natchez Democrat reported in March that the Goody’s store in Adams County is expected to close in January. The store has been in the Natchez Mall location since 1995, first as a Stage store, which is owned by the same company and later rebranded as a Goody’s in 2008. That store will not reopen, Brooks said.