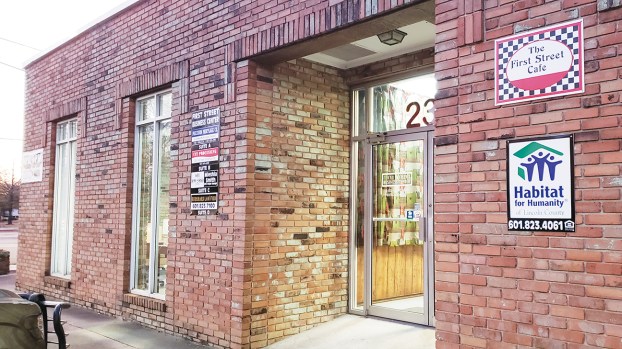 Their business is helping start businesses

Once in awhile, the time comes to pass on the torch.

There has been a change in ownership in the First Street Business Center at 203 South First St. The business provides office space to several businesses downtown, and also provides services to help incubate startups in the town that may not be ready to purchase their own office space.

“I like turning things over to the younger generation,” said Suzanne Smith, who founded FSBC in 2016. “They have some ideas — thinking outside the box — that I hadn’t even thought of.”

Smith started the business after retiring from DG Foods in Gallman in 2015. She traveled for a year, and grew bored with retirement, so she moved back to Brookhaven.

“Being able to host different events, that really wasn’t in my business plan, but it just turned out to be so neat,” Smith said.

Smith sold the business to Mark Chambers, who is involved in several businesses around the world, including Response Systems International, a consulting firm that provides services in emergency management and even counter terrorism.

Chambers is a Brookhaven native who said he’s looking forward to bringing his businesses back home. He also has some ideas for FSBC, though he wasn’t ready to give concrete details. Instead, he said he wants to focus on providing business incubation services, since FSBC’s office space is currently filled with permanent businesses.

“(We have a) conference room rental, and free WIFI and (a) beautiful and comfortable lobby area for local residents, business men and women and visitors to the courthouse,” he said.

Chambers said it’s a great place for business people to check their email or get some work done. There are charging stations and five desks, so it’s a potential space for people who work from home to have a more office-like environment.

One of the businesses that FSBC hosts downtown is the First Street Cafe, which Chambers said often caters to local businesses.

“Because of that, we can provide services like Lunch and Learn, if someone wants to use the conference room. It’s nice to be able to offer it downtown in the business hub,” Chambers said. “There’s a lot of retail, but there’s also a lot of general business that goes on downtown.”

Businesses who are interested in using the FSBC conference room or other business services can call their office at 601-748-4970 or email sales@firststreetbc.com.

Public library says bring on the ugly — sweaters, that is

The best, worst kind of sweater is a dreadfully ugly Christmas sweater. To bring a little of that Christmas fun... read more