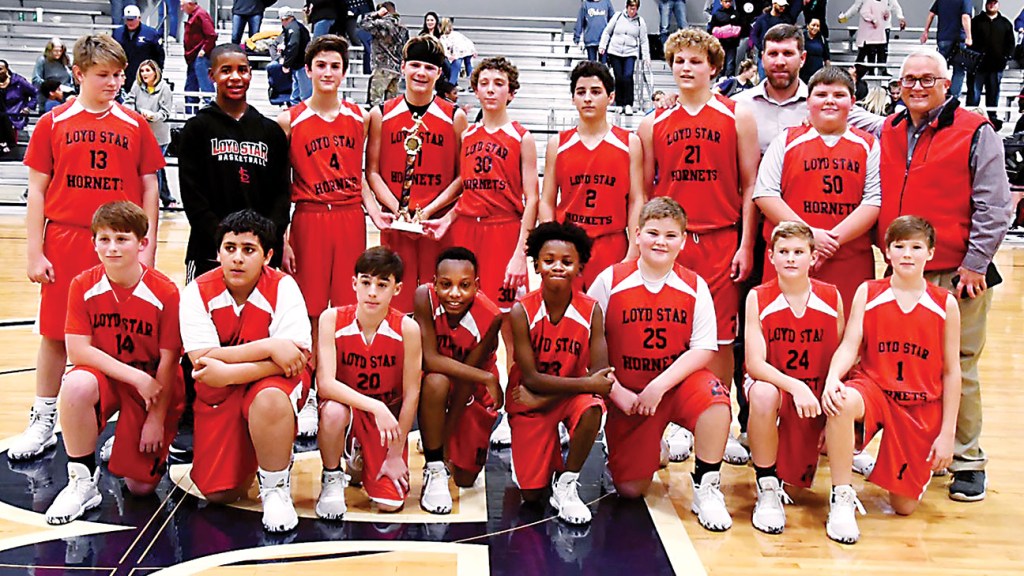 In the consolation game the Enterprise Yellow Jackets pulled away for a 40-29 win over West Lincoln. The championship contest saw the Loyd Star Hornets win their second straight county title with a tough 39-37 win over the Bobcats on their home court.

The beginning of the consolation game saw both teams go scoreless for a time before the Jackets went on a 7-0 run.

Despite trailing 11-4 with over three minutes left in the first half, West Lincoln closed up the gap and found themselves trailing by just four points, 18-14, heading into halftime.

West Lincoln cut the lead down to two points at the start of the second half, but that’s the closest they would come for the rest of the game.

Enterprise held a 28-17 lead heading into the final quarter.

In the championship matchup Bogue Chitto jumped up 5-0 to start the game.

Both teams would battle back and forth as the game would see lead changes and ties.

Bogue Chitto hit a buzzer beater to take a 9-7 lead as the first quarter came to an end.

The Bobcats attempted to separate from Loyd Star in the second quarter, but the young Hornets hung around, trailing 19-18 heading into halftime.

The third period saw both teams continue to fight it out for some kind of separation and lead changes, with Loyd Star taking a close 31-30 lead into the fourth.

“This was an exciting game and for those that didn’t come out to see it they missed a great one,” said coach Britt. “Both teams fought to the very end and neither deserved to lose the game. Unfortunately, one team ended up having to lose but luckily, we were able to come out with a two-point win against a well-coached team. Bogue Chitto came out a lot more aggressively than we did but we found our groove in the second half.”