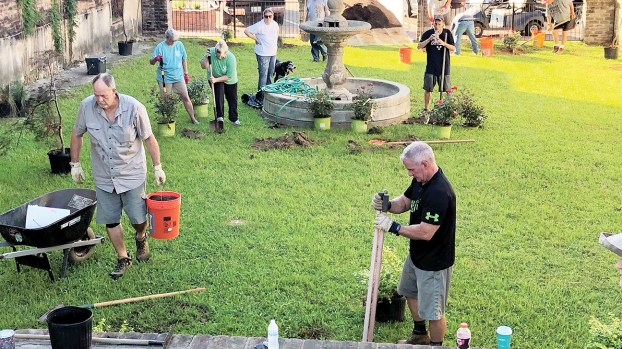 Photos submitted The Wesson Garden Club works on beautification projects in the town in recent months. The club was recognized this past week by the town Chamber of Commerce as the 2019 Organization of the Year. 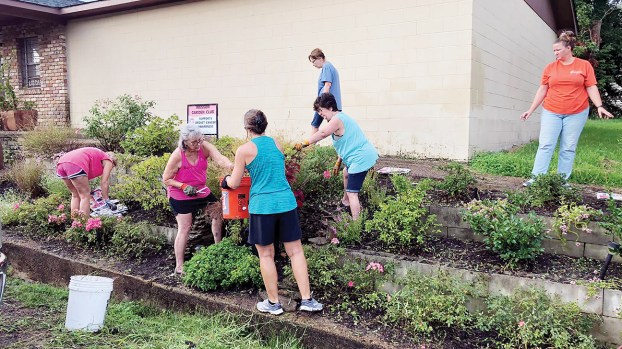 Photos submitted The Wesson Garden Club works on beautification projects in the town in recent months. The club was recognized this past week by the town Chamber of Commerce as the 2019 Organization of the Year.

The Wesson Garden Club has been a cornerstone of downtown Wesson’s old-time atmosphere since 1934. More than 85 years later, the group is still around and hard at work maintaining the town.

On Jan. 23, the Wesson Chamber of Commerce recognized the group as Wesson’s 2019 Organization of the Year.

“It’s a 40-strong group that has a passion and commitment for the beautification of the town,” Garden Club member Marilyn Britt said. “It’s a diverse group of ladies that brings their skills to the table.”

The group is well regarded in Wesson for its diligent work. Britt describes it as “aggressive,” saying that they never leave land barren and never stop planting.

“That was such an honor for us,” Garden Club President Debbie Smith said. “We have worked very, very hard this year.”

The Wesson Garden Club had a busy year in 2019. They established a brand new group, the Butterbeans, a junior garden club with members in grades 3 through 6. The youth group has helped volunteer for several of the garden club’s projects around town, and Smith said the program has been a resounding success.

“That’s our biggest accomplishment this year,” Smith said. “We’ve never had a youth gardening group. (We) expected maybe 20 or 30 kids in that age group. We have over 60.”

In addition to establishing the Butterbeans, the Wesson Garden Club had several projects in 2019 to maintain and improve Wesson. At the Boswell Regional Center in Wesson, a facility to treat those with intellectual and developmental disabilities, the group installed raised beds for an easily accessible garden therapy program.

“We’re going to have a lot of volunteers,” Smith said. “Our town is really good to volunteer.”

Wesson Chamber President Janet Currie said that the chamber is behind the garden club, too.

“We really appreciate all they have done to beautify downtown Wesson,” she said.