Loss of Bryant stings the hearts of basketball lovers everywhere 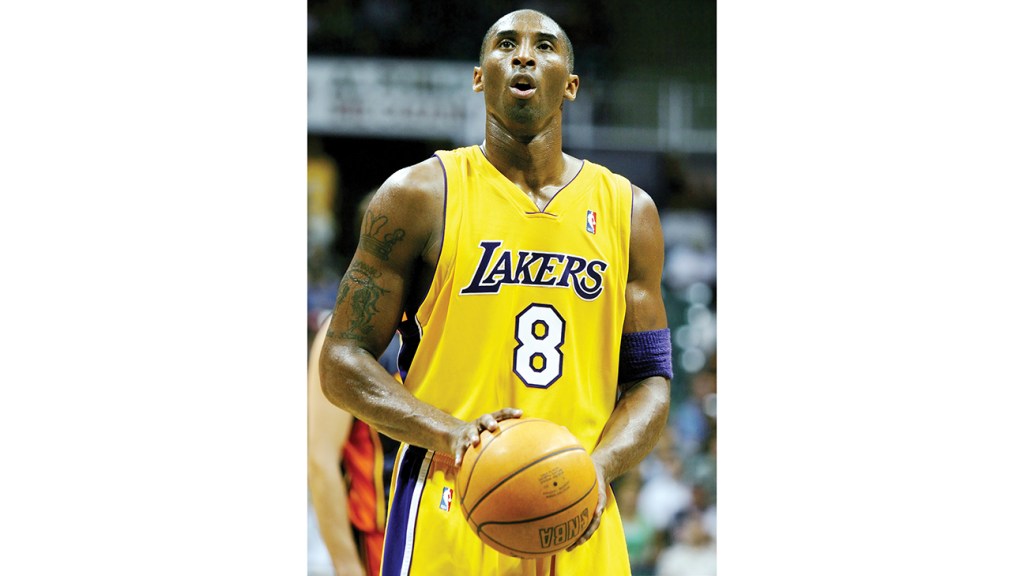 File photo Kobe Bryant was one of nine who died in a helicopter crash Jan. 26.

Love him or loathe him, Kobe was an all-time great

Sometimes the death of a celebrity just hits you different.

As a kid I can remember my sister going into a flannel draped state of mourning when Kurt Cobain died in 1994.

I, too, had grown up riding to school listening to “Smells Like Teen Spirit” on a cassette played by my older brother. I was 12, though, and Nirvana didn’t mean the same things to me as they did to my angsty, 15-year-old sister.

For my generation, though, and the ones following us — the death of NBA legend Kobe Bryant last Sunday in a helicopter crash was a time where it felt different, when it stung a little more.

We grew up alongside Kobe. We watched him begin as a high-flying Robin to Shaq’s Batman and grow into one of the greatest scorers in NBA history.

I’m not going to lie and say that I was a Kobe Bryant fan when he was playing for the Lakers. In fact, I would have best been described as a “anyone but the Lakers please win the NBA title” type of fan.

I remember being so ticked off when Allen Iverson willed the 76ers to the NBA finals in 2001 only to be smacked down by Kobe and Shaq in the middle of what would be three-straight title winning seasons. It was comical how thoroughly the Lakers throttled the Pacers, Sixers and Nets during that title run.

The next year when the Pistons beat the Lakers in the finals to pause the dynasty, it was like Christmas for those of us that had Lakers-fatigue.

The 1996 draft in which Kobe was selected by the Charlotte Hornets and then traded to the Lakers for Vlade Divac was the prime of my most intense NBA obsession.

I could write from memory the roster of every team in the NBA and where each player went to college. I had a subscription to SLAM Magazine where I read bios and features about then talented high school players like Kobe, Ray Allen, Jermaine O’Neal and Kevin Garnett.

The straight-from-high-school-to-the-NBA movement was at its strongest during that time. Bryant, O’Neal and Garnett were a huge part of that wave as were some forgettable names like Korleone Young and Kwame Brown.

Bryant was brash, cocky and had molded much of his game and style after Michael Jordan.

As someone who has spent time teaching at a high school while Kobe was in the NBA, there was nothing that would start an argument between teenagers like the greatest basketball player of all-time conversation.

The names Kobe, Michael and Lebron would ring out as wild statements of exaggeration usually ruled the day. I’ve seen kids nearly come to blows while arguing how unstoppable Jordan would have been had he played with a center like Shaq instead of stiffs like Will Perdue and Bill Wennington.

And today, you don’t hear kids caring to debate the topic with the same amount of passion. Steph Curry, Kawhi Leonard and Giannis Antetokounmpo are great players — but they’re not iconic like the trinity of Mike, Kobe and Lebron.

The tragedy of his death was greatly compounded by the fact that his daughter Gianna — a basketball prodigy in her own right — was also killed in the crash that claimed a total of nine lives.

It doesn’t even feel prophetic to say that she would have played at the University of Connecticut and been an All-American one day. It feels more like a foregone conclusion.

The death of Bryant has allowed all types of people to get on their various soap boxes to complain about different aspects of the wreck and Bryant’s legacy.

You’ve got people who are upset that the death of a celebrity is so publicized when the death of a United States soldier might yield just a small fraction of that same reaction.

I’d be willing to venture that the loved ones of this hypothetical soldier wouldn’t be jealous of the type of pressure that Bryant’s widow Vanessa is experiencing right now. It’s hard to grieve when everyone wants to know how you feel and when you’ll be issuing a statement.

Not to mention that media speculation was wildly out of control immediately following the accident and some outlets reported there were multiple Bryant children on board. TMZ first ran the news of the crash before law enforcement could notify the families of the victims.

And then you have those who are upset that the other seven people killed in the crash are somehow getting lost in the shuffle.

That doesn’t hold much water for me. I’ve seen the pictures of GiGi Bryant’s teammates all over the internet as their deaths haven’t gone unnoted.

Longtime community college baseball coach John Altobelli was also killed along with his wife Keri and daughter Alyssa. Had those three perished in a car wreck in Calabasas, we’d never have read about their lives on national news sites.

And then there is the biggest cloud that has hung over Bryant for nearly 17 years — sexual assault. Something that Bryant was accused of, but never tried for in 2003.

As soon as the news broke of Bryant’s passing there were people who wanted to make sure and remind all of us about that event. As if the rest of us didn’t know or as if telling everyone that’s the first thing they thought about gave them some kind of moral superiority.

I don’t know what happened in the Colorado hotel room between Bryant the then 19-year old that accused him, but I can remember reading the police report and thinking that he was guilty.

I do know Kobe Bryant was famous enough though that he never truly paid for it. Whereas most people accused of sexual battery will “pay” for it with the loss of their freedom, Bryant paid his powerful, high priced legal team to make sure the case never made it to trial. He also paid his accuser in a later civil case.

He did lose sponsors like McDonald’s and Nike for a time, but many of those relationships were eventually restored.

That’s something the ultra-wealthy will always be afforded in this country, a stronger chance at freedom due to the resources they possess.

Victims of sexual assault deserve to be heard and Bryant’s accuser chose not to testify, which is what kept the case from going to trial. She did so after her name was repeatedly leaked, sometimes by the Bryant legal team.

With her identify exposed the pressure from news crews hounding her was too much — she chose not to take the stand and testify. She and her family received death threats and her personal life was dissected with painstaking detail in the courtroom.

Reflecting on all of this during the week reminded me of a man I once knew who has since passed away. He was just a regular guy, but he had some awful skeletons in his closet.

He paid the price though, did hard time and carried the burden of his crimes for the rest of his life.

However, he was loved by a great many people despite his past sins. When he died his friends first inclinations were to reminisce about what a great person he was, not about his past sins — he had become a changed man.

Still guilty of the things he had done in the past. Still a pariah to many people who chose not to associate not to with him due to that, but a genuinely changed person from who he once was.

Even the worst of us can be redeemed if we truly want it.

And Kobe Bryant redeemed himself in the eyes of many. He became one of the greatest ambassadors in the history of basketball. He appeared to be a devoted father as he and his wife had four daughters. He won a pair of titles without Shaq and was named NBA Finals MVP in both of those series.

His body began to fail him, and he suffered some tough injuries late in his career. He made it to 20 seasons in the NBA though and memorably scored 60 points in his final game, going out like the legend he always was.

I don’t fault anyone who feels great sadness over the death of Kobe Bryant just as I don’t fault those who are angered that someone accused of sexual assault was still so lauded throughout their career.

I just know it all sucks — 41 is too young and 13 is much too young. There was still much of their stories left to be written.

And that’s what binds us all together on this mortal coil — rich, poor, athletic, slow, black, white, young, old, sinless, sinful, famous or ordinary — we’re all an unknown amount of time away from the end of our own story.