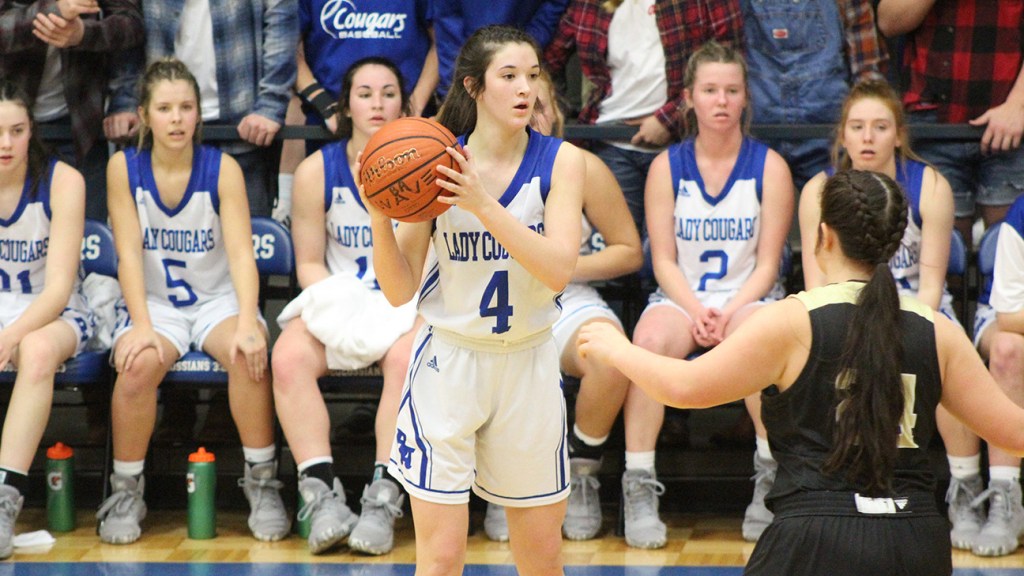 The Brookhaven Academy Cougars played a pair of close games Wednesday at Oak Forest in the MAIS 4A South State Tournament.

In the opening girls’ game, the Lady Cougars clawed their way to a 46-45 overtime win over Hillcrest Christian School (12-16).

The boys’ game was just as close but this time the Cougars were on the wrong end of a 46-44 season ending loss to Hartfield Academy (19-7).

The top seed from District 4-4A, the Lady Cougars (23-10) were led freshman forward Lillie Gates in their win over HCS. Gates scored 14 points and grabbed 12 rebounds before fouling out with four minutes remaining.

The Lady Cougars did themselves no favors handling the ball as they committed 26 turnovers. They also missed a combine21 free throws as a team.

Winning the turnover battle, making free throws and blocking out on the boards have been the three main themes that first year coach Ron Kessler has preached to his team this season.

All three of those phases will be extremely important tonight for the Lady Cougars in their semifinal game against Hartfield Academy (25-4). Hartfield eliminated host Oak Forest 64-44 in the late game Wednesday.

The Lady Hawks are big at every position. Former Lady Cougar great Trudy Case Dawkins serves as an assistant for Hartfield.

“Hartfield is fast and super-athletic,” said Kessler. “We’re going to try and not get into a track meet with them. We need to be very deliberate and patient to handle their pressure and not turn it over.”

Both BA, Hartfield and the other semifinalists — Simpson Academy and Silliman Institute, —will play next week in the MAIS 4A State Tournament hosted by Hartfield.

Tip off tonight at Oak Forest in Amite City, Louisiana is scheduled for 5:15 p.m.

Hartfield goes ahead of BA in final seconds

In the boys’ game Hartfield was able to hold for the final shot as they ran 50 seconds off the clock in a 44-44 game.

With 2.6 seconds remaining senior guard Hill Savell drove to the goal and went up and under three BA defenders to score the game-winning basket.

BA coach Josh Watts called a timeout but a shot at the buzzer by BA was no good.

Hartfield will next face Simpson Academy while Oak Forest meets Hillcrest Christian in the other semifinal.

Nelson and Piker Ratcliff are the lone seniors for BA. The Cougars end their season with a 22-9 overall record.