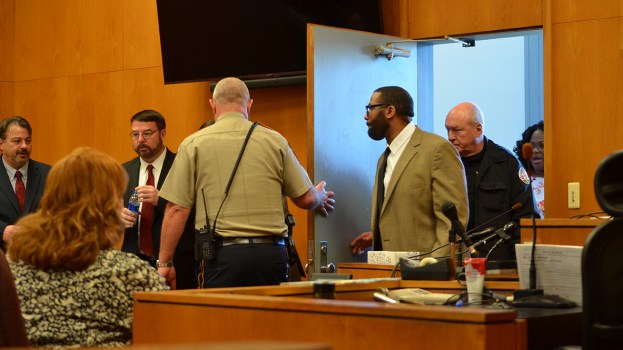 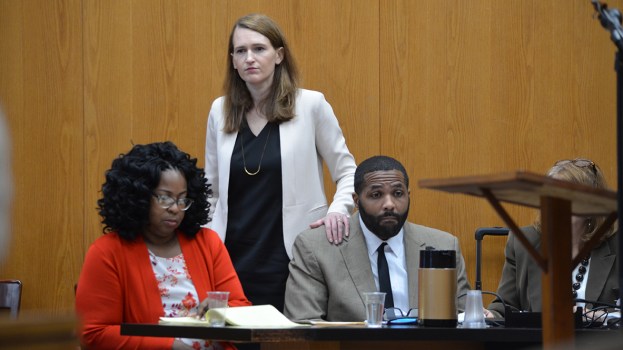 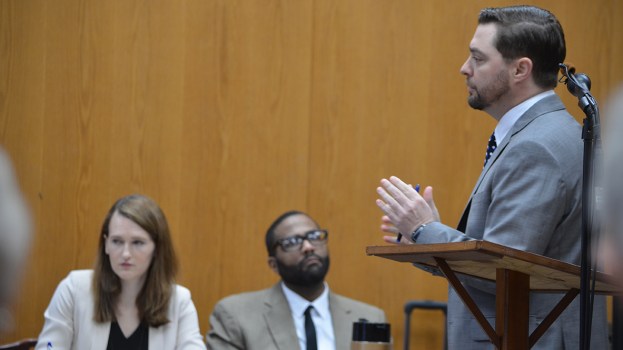 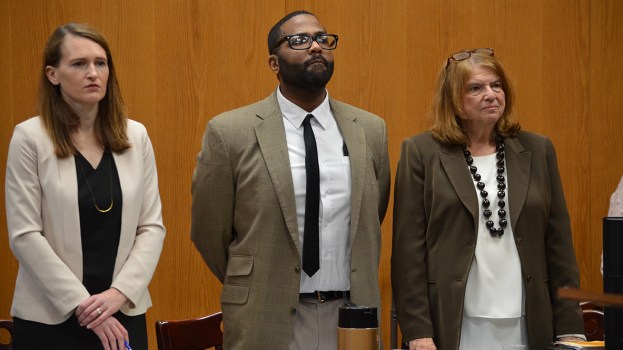 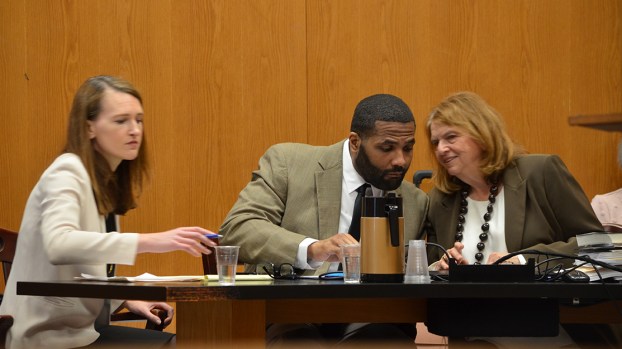 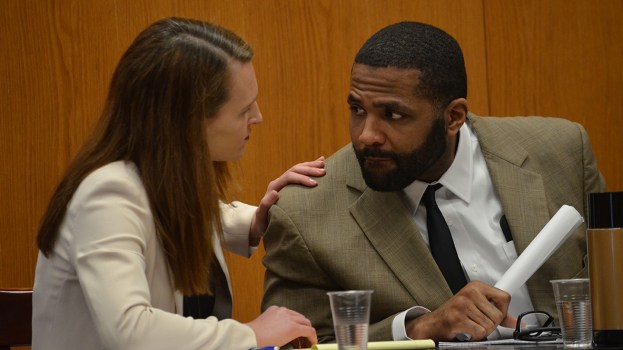 Before Vincent Mitchell saw his wife gunned down by his son-in-law, he said Willie Cory Godbolt pulled a gun out of his pants and shot a Lincoln County Sheriff’s deputy at point blank range in the face.

Mitchell was the second witness called in the capital murder trial of Godbolt, 37, who is accused of shooting to death eight people including deputy William Durr, who arrived at Mitchell’s home on a domestic abuse call on Memorial Day weekend in May 2017.

On the first day of testimony in the Pike County Courthouse in Magnolia Saturday, Mitchell described the barbecue his family had shared on that holiday. He was at his home on Lee Drive with his wife, Barbara Mitchell, his stepdaughter Sheena Godbolt and her two children, My’Khyiah and Cory Jr., Sheena’s sister Tocarra May and her children, his sister-in-law Brenda May and a few other people. Barbara Mitchell was four days past a triple bypass heart surgery and was resting on the couch.

Sheena’s children, nicknamed Bubble and Buddy, were in a back bedroom around 10:30 p.m. when he said Godbolt walked in through the back door uninvited. He’d had the children earlier for the day then brought them home and left. He wasn’t expected back that night, Mitchell said.

Godbolt and his wife were separated — she’d been living at her mother’s house for two weeks. It’s what she did whenever she and Godbolt were fighting.

Godbolt’s attorney, Katherine Poor, said Godbolt wanted to keep his family together and claimed his daughter had been touched inappropriately by a family member previously at that house and he didn’t want her to stay there.

Mitchell told him the children were asleep and he should leave. Someone called 911 and Lincoln County Sheriff’s deputy William Durr arrived soon after. He also asked Godbolt to leave.

Mitchell said Godbolt started for the door but turned toward Durr and pulled a pistol from his pants and shot the deputy in the face.

He said Godbolt ran into the kitchen and he heard shooting — he learned later Brenda May and Toccara May were shot and killed.

Godbolt then came back into the room and shot Barbara Mitchell, who had stood up from her seat on the couch. Mitchell ran into a bedroom and Godbolt followed him and shot at the bedroom door. Mitchell escaped out a bathroom window after calling 911.

Assistant District Attorney Brendon Adams gave jurors a short narrative of what the state believes happened on the night of May 27 into the morning of May 28.

“You’ll hear that at some point, Mr. Godbolt wanted to retrieve his kids and they didn’t want to go. They wanted to stay with their mom,” he said.

Adams said all of the eight victims were shot multiple times. Others, like Sgt. Timothy Kees, the next officer to arrive at the scene, were shot at but escaped injury. Adams said during the trial witnesses will also testify of being forced to drive Godbolt around Lincoln County, even taking him to two of the homes that would become crime scenes before he left.

Adams said Tiffany Blackwell arrived back home on Coopertown Road after rushing to Lee Drive when she heard of the shootings to find her 18-year-old son Jordan and her 11-year-old nephew Austin Edwards dead.

Katherine Poor, with her hand resting on Godbolt’s shoulder, began her opening statements painting a picture of a man whose own father — a police officer — was shot to death by his stepmother when Godbolt was just 17 years old.

She said about 6 a.m. on May 28 Godbolt was bleeding from multiple gunshot wounds, surrounded by officers.

After his father was killed, he began a relationship with Sheena and built a new life.

“From time to time, they’d get into arguments, and Sheena would go and stay at her mother’s house,” Poor said. “Then Cory and his in-laws would go head to head.”

Poor said they’d been arguing over the incident involving his daughter.

“Cory wanted to protect his family. Cory wanted to keep his family safe,” she said. “Cory was not about to leave his daughter at the house where she’d been molested, not without protection.”

Poor said he went back to get his children. He had a gun, but it wasn’t unusual. He owned guns. When he arrived, the trailer was filled with his wife’s family.

“His wife’s family told him he needed to leave. Brenda May and Sheena called the police,” she said.

By the time Durr arrived, Godbolt was already upset. Then Durr told him to leave, too.

Poor told jurors she expects they’ll hear from families and see pictures “that are very hard to look at.”

She said the state has the hard burden of proving every element of every charge beyond a reasonable doubt.

“Cory’s life hangs in the balance,” she said.

While still on the ground in handcuffs, he continues to talk to Apel, who identified herself as a member of the media.

“Everybody in this world just can’t do anybody any kind of way ’cause you feel like it. That ain’t God’s intention. You’ve got one requirement in this world and that’s to love. To love.”

Then later, “I apologize, I’m sorry. I’m sorry. Only God can judge me,” he said.

The trial resumes Sunday at 1 p.m. Though the courthouse will be closed Monday for Presidents Day, a state holiday, the trial will continue, likely beginning at 9 a.m.