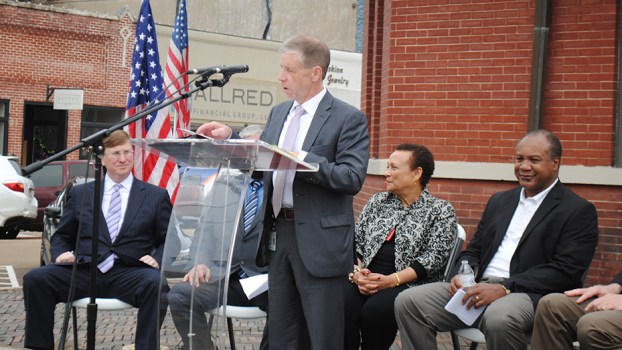 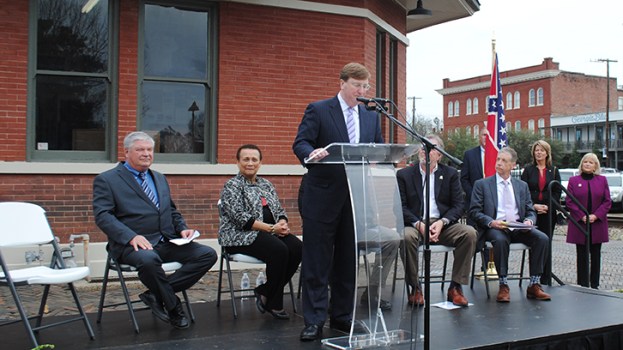 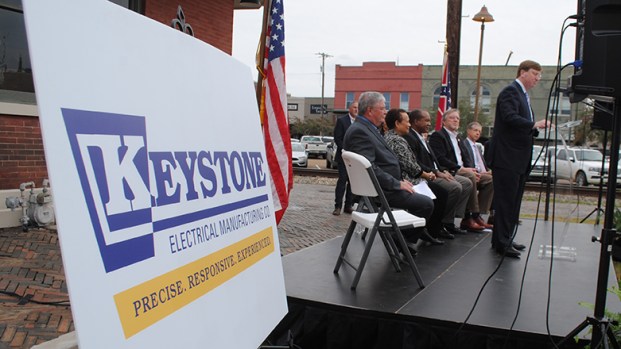 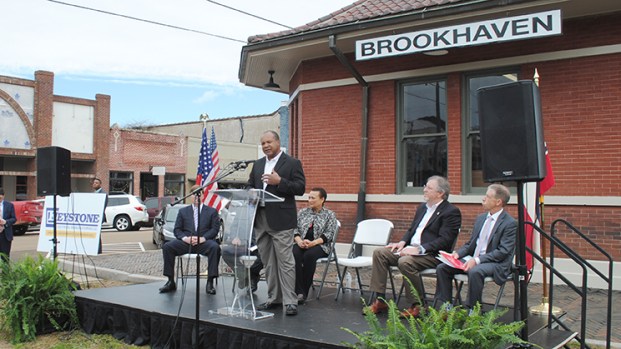 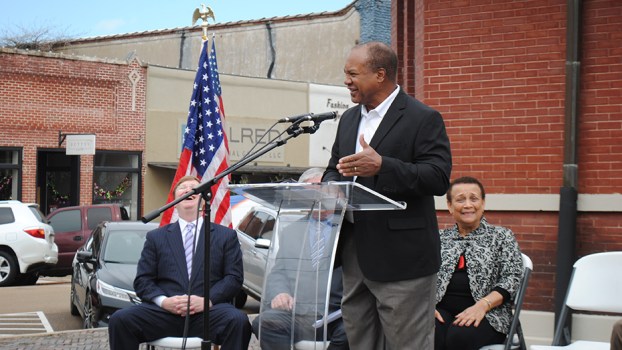 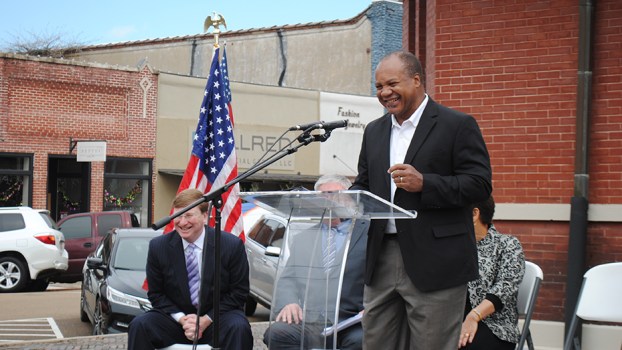 The words most repeated before the crowd of more than 200 people at Gov. Tate Reeves’ economic development announcement in Brookhaven Tuesday morning were, “It’s a great day,” and “Thank you.”

Reeves announced the newest addition to the economy of the city and Lincoln County by introducing Brookhaven native Fred Buie, owner and president of Keystone Electrical Manufacturing Company.

Six weeks ago when Reeves took his oath of office as the 65th governor of the Magnolia State, he promised that his administration would be “for all Mississippi.”

“I promised … that I would work to grow an economy that lifts all of our families. I am determined to work with businesses like the Keystone Electrical Manufacturing Company to honor that promise,” said the governor.

“The products made in Mississippi are some of the highest quality products around. This morning I am proud to announce that the Keystone Electrical Manufacturing Company is opening operations in Linbrook Industrial Park, investing $4 million and creating 30 new jobs,” he said.

The Des Moines, Iowa-based company manufactures protection and control relay panels, medium-voltage switch gears and turnkey control centers used in the generation, transmission and distribution of electrical power. Buie explained their products as “the brains of the power grid.”

Buie, who owns a home in Brookhaven and has a local timber farming business, said he wanted to bring his business back to the area where he was raised, graduated high school and college, and began to learn how to work hard and dream for the future. He was pleased, he said, with how efficient and quick the process of expanding his business in Mississippi has been.

“This process started Jan. 2. We’re going to close on the building March 31. We’re going to start the hiring process the second week of March,” Buie said. “So there’s a lot of work happening in a very, very short period of time.”

In reference to how many people the company plans to hire, Buie stressed that 30 was a beginning target number, not an ending point.

“I’m looking to overachieve,” he said, to applause and laughter. “All of our expansions going forward will be in Brookhaven.”

“Keystone could have chosen to go anywhere in the world to expand … but Fred chose Mississippi,” said Reeves. “Thank you for choosing us.”

“This is a great day for Lincoln County,” said Eddie Brown, president of the Lincoln County Board of Supervisors, who thanked the people who work behind the scenes to accomplish results that benefit the area economically.

Brookhaven Mayor Joe Cox said the introduction of Keystone into Linbrook Industrial Park was a testimony to the fact that when the city and county can work together, good things come about. He echoed Brown’s comments of thanks and appreciation to everyone involved in the process.

Event emcee Jeff Richardson, director of King’s Daughters Medical Center Foundation and president of the Brookhaven-Lincoln County Chamber of Commerce, said it again in his closing comments — “It’s a great day for Brookhaven and Lincoln County.”