Lady Bears eliminated by Bay Springs in 2A quarterfinals

The West Lincoln Lady Bears (19-9) saw their season come to an end Friday afternoon in the MHSAA 2A State Tournament.

The Bay Springs Lady Bulldogs (28-3) jumped out to an early lead and the WL would never catch up in a 66-53 loss at Pearl River Community College in Poplarville.

BSHS jumped up 11-2 in the force quarter and forced WL coach Brooks Smith to call a timeout.

The Bay Springs advantage was 11-6 at the end of the first quarter and 25-20 at halftime.

The Lady Bears never stopped battling though. After trailing 45-33 heading into the fourth quarter WL went on an 11-4 run to make the score 49-44.

Bay Springs moves on to face Coahoma County in the 2A semifinals.

“I appreciate the support of our fans that made the trip and those that supported us all year,” said Smith. “It’s not the way we wanted the season to end, but the future is still bright. The class of 2019 started something last year that this group continued. I’m proud of the success that our two seniors (Wilson and Shedd) have gotten to experience and I appreciate everything they’ve done for the team as leaders on and off the court.” 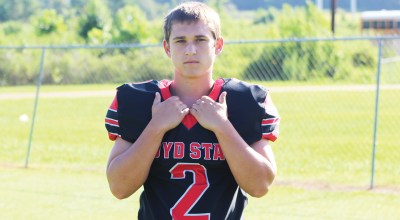