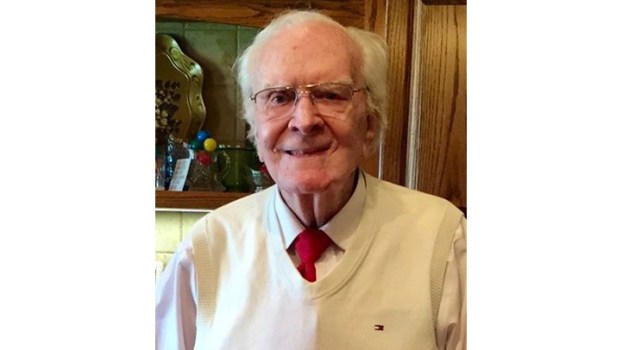 Funeral services for Robert David Holland will begin at 11 a.m., Thursday, March 5, 2020, at First United Methodist Church in Brookhaven, Mississippi. Visitation will begin at 10 a.m. and interment will follow at Riverwood Memorial Park, in Brookhaven. Riverwood Family is in charge of arrangements.

Mr. Holland, 89, passed away on Feb. 28, 2020, at King’s Daughters Medical Center, Brookhaven, after a brief illness. Born in Jacksonville, Florida, he was a graduate of the University of Florida in forestry. He married June Graham in 1952. Mr. Holland worked with St. Regis Paper Company and later Georgia Pacific Paper Company.  He was a lifetime member of the American Foresters Society and Mississippi State Board of Registration for Foresters.

He was active in the First United Methodist Church in Brookhaven and worked on several mission trips to Costa Rica and Mexico and with SIFAT while training missionaries. He was a member of the Mathematics Club and Brookhaven Little Theatre. Mr. Holland enjoyed history, woodwork and collecting railroad memorabilia. His museum in his backyard was dedicated to the memory of his brother who was shot down over the Sea of Japan at the end of WWII. He enjoyed sharing his collections with young and old alike.

He is preceded in death by his parents, Clarence David Holland and Mary Miller Holland; step-mother, Martha Holland; and his brother, James Clarence Holland.

In lieu of flowers, please send donations to the Madison Area Down Syndrome Society [P. O. Box 44796, Madison, Wisconsin 53744] or the charity of your choice. The family would like to thank his caregivers, including the hospital staff at KDMC and the emergency room staff, Drs. Ed and Joe Moak, Silver Cross Nursing Home and their physical therapy department, all the visitors that came to visit and all who cared for him during his illness. We will forever remember your dedication and constant care.