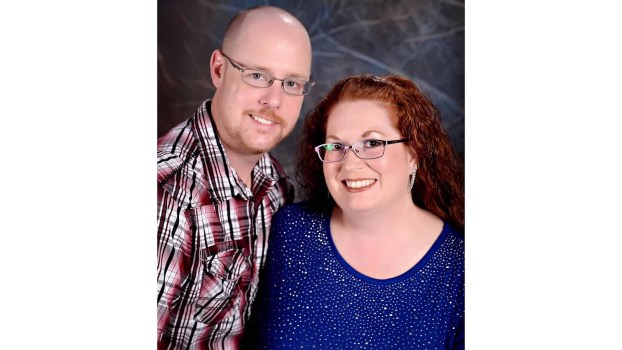 Michelle Roberts and Jonathan Wilbourn, both of Calera, Alabama, are pleased to announce their engagement and approaching marriage.

Miss Roberts is a graduate of Franklin County High School, Copiah-Lincoln Community College and Mississippi University for Women, with an associates degree in food production and management technology and a bachelor’s degree in culinary arts, with a minor in food art and photography.

She worked as a culinary specialist for Taste of Home Cooking School for 14 years, and is employed with Sprouts Farmers Market in Birmingham, Alabama, where she is the administrative coordinator.

Mr. Wilbourn is a graduate of Starkville High School and Mississippi State University, where he earned a bachelor’s degree and master’s degree in food science.

He is employed with A.C. Legg Inc at Legg’s Custom Blended Seasonings in Calera,  Alabama, where he is the director of quality assurance.

The couple will exchange vows on Saturday, April 25, 2020, at 5 p.m. at New Hope Baptist Church in Meadville, Mississippi. A reception will follow at Trinity Place in McCall Creek, Mississippi.

Family and friends are invited to attend. No  local invitations will be sent.