Archive Dive: Bobcat basketball took over the Big House in 1993 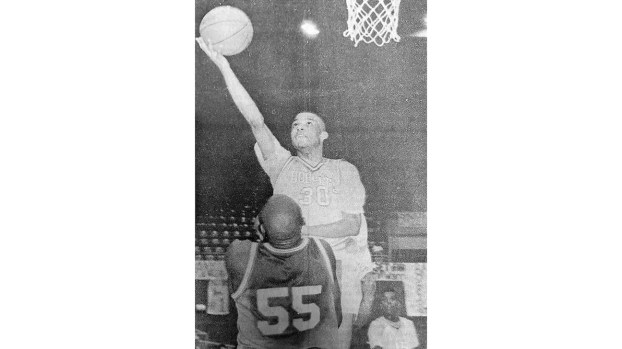 Daily Leader file photo Bogue Chitto’s Tradell Anderson goes up and over Horatio Webster of Durant in the 1993 1A state title game. 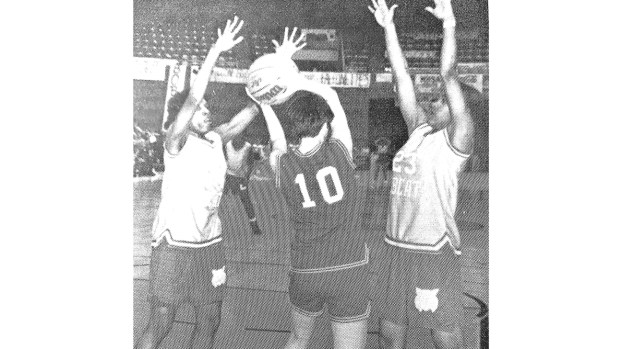 Daily Leader file photo Shonda May and Melodie Jones of Bogue Chitto trap an Ingomar ball-handler in the 1A semifinals at the Mississippi Coliseum. 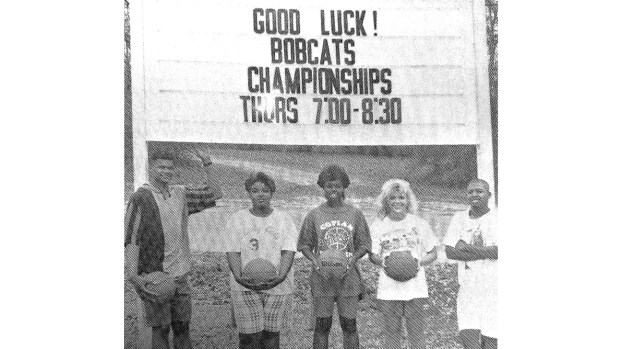 This is part of our series looking back at stories from The Daily Leader archives from this week in history.

I’m smudging the rules a little with this throwback because technically this event happened last week (March 11) in 1993.

And what a wild March we had in 1993. It snowed during the second week of the month that year. Snow days are awesome because after they’re over you go back to normal life.

Unlike quarantine days that have all of us at home right now for maybe a week or month or five months — to be determined.

What wasn’t odd about 1993 was that the Bogue Chitto Bobcats were among the best 1A basketball teams in the state.

Much of the coverage that week for The Daily Leader’s sports department was centered on BC having teams playing in both of the 1A state championships in the Mississippi Coliseum, AKA “The Big House.”

In the boys’ game, Bogue Chitto came into the game as slight underdogs. Their record was 24-11 and they were facing a Durant team that was 30-3.

In his column after the game, The Daily Leader sports editor Tom Goetz said the 6-foot-6 Webster was built like a linebacker. He’d go on to average 16.6 points and 6.3 rebounds per game in his career at Mississippi State as a two-time All-SEC selection.

Calling the game close doesn’t do justice to how tight things were.

Carlos Richardson of Durant hit a shot at the buzzer to tie the score at 82 and send it to a three-minute overtime period.

Longtime DL sports writer Richard Dube wrote that the Durant “players, fans and cheerleaders hit the court in a frenzy, thinking it was a 3-point field goal” as they assumed the game was over in regulation.

Barnes tied the game at 85 with a 3-pointer in overtime, but a Webster put back with six seconds left would end up being the deciding bucket in an 87-85 Durant win.

Bogue Chitto coach Theo “Bo” Black had high praise for his boys after the heartbreaking loss.

“In my heart, our kids won,” said Black. “I can’t say enough about them. They didn’t quit. They represented themselves well.”

Barnes scored 32 point for BC in the loss. He also scored 30 points in a 76-73 semifinal win over Wheeler High School. Wheeler had won three straight 1A titles before BC bounced them from the tournament.

Barnes would go on to play collegiately at Troy University.

Black was always good for a memorable quote. After the win over Wheeler this is how he described the victory to Dube.

Bogue Chitto had a run under coach Ronald Gill where they were the unquestioned big cats in 1A girls’ basketball.

From 1988-1990 they won three 1A titles in a row led in part by future LSU standout Cornelia Gayden.

In ’93, it was senior Shonda May who shined in the championship game for Bogue Chitto. May finished with 16 points and nine rebounds in the win over Hamilton.

Gill praised his entire team while talking to Goetz after the game.

“This is a great group, probably the best team I’ve had at Bogue Chitto,” said Gill. “I’ve had better individual players but not a better team.”

Keisha Black, Rhonda Lewis and Melodie Jones were named to the all-tournament team from Bogue Chitto.

The Lady Bobcat full-court press was something to be feared and it was clicking as Hamilton committed 25 turnovers in the game.

Gill would end his career with two state titles at Duck Hill and five at Bogue Chitto. He also won an overall state title at Duck Hill back when the Grand Slam tournament brought together all the title-winners from each class for a final tournament.

In the semifinal BC beat Ingomar 58-48. It was a meeting of two heavyweights as Ingomar had won the two 1A titles since the Bogue Chitto three-peat.

Ingomar was coached by another Mississippi coaching legend in Norris Ashley. The Falconettes scrapped and fought back to make it a two-point game with 3:40 left in regulation.

Bogue Chitto answered with a 3-pointer from Rhonda Lewis that would end the Ingomar comeback attempt.

May scored 10 second quarter points in the championship win over Hamilton. There was a sense of relief for the Lady Bobcats as they fulfilled what felt like destiny by winning a title to cap a nearly perfect season.

A senior, May told Goetz that just the thought of her career ending had brought tears to her eyes.

“I cried last night because this is my last game at Bogue Chitto,” said May.