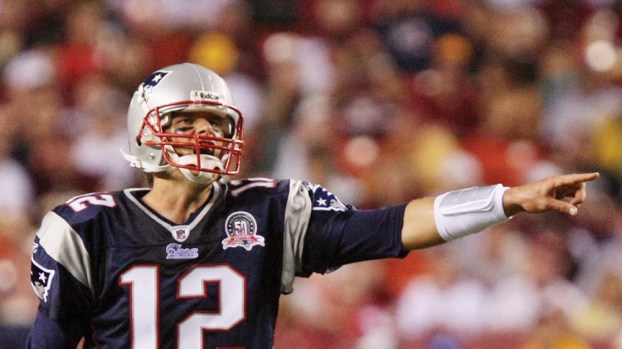 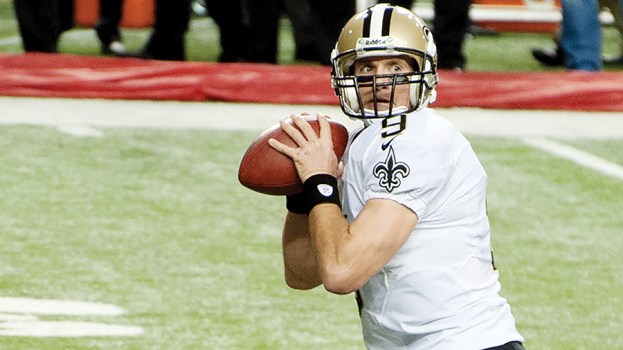 File photo Drew Brees has resigned with the New Orleans Saints for two years and $50 million. Brees is 41 and next season will be his 20th in the NFL. 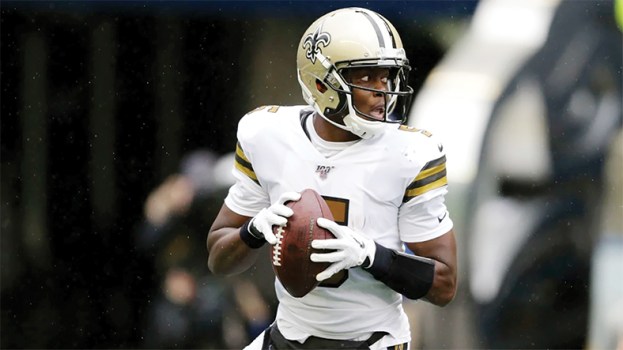 File photo Former Saints backup quarterback Teddy Bridgewater will join both Brady and Brees in the NFC South after signing a three-year, $63 million deal with the Carolina Panthers.

The guess coming into this National Football League off-season was the first domino to fall would come when Tom Brady decided if he would retire, resign with the Patriots or sign with a new team.

Brady has now made his intentions clear that his time in New England is over and that’s set much movement in motion on the ever-important NFL quarterback market.

Thought to be a strong suiter for the services of Brady, the Tennessee Titans made one of the first moves in the market when they announce a four-year, $118 million contract extension for quarterback Ryan Tannehill.

A Texas A&M alum who started college as a wide receiver, Tannehill never had much success in his first stop with the Miami Dolphins.

Tannehill came to the Titans as a backup but earned the starting job and took the team all the way to the AFC championship game last season.

He’ll go down in history as the opposing quarterback in the final game Brady played in a Patriot’s uniform.

Known for his athleticism and speed — but a player that’s always battled injuries — Mariota started the season off 2-4 before ceding to Tannehill.

He’ll get an opportunity to reset his career in Las Vegas with the Raiders when they begin their first season in Nevada this fall.

The prevailing thought right now is that Mariota will compete with Derek Carr for the starters role in Vegas.

However, with so much movement going on it won’t be a shock to see Carr traded or released.

After a pair of seasons that ended in painful playoff losses the New Orleans Saints and quarterback Drew Brees are going to run it back for another try.

Brees had previously announced he wouldn’t retire and would resign with the Saints because he felt like he had more in the tank heading into his 20th NFL season.

This week Brees made it official by signing a two-year, $50 million contract with the Saints.

Most figured that if Brees returned to NOLA then his backup Teddy Bridgewater would play elsewhere next year. New Orleans also placed a first-round tender on restricted free agent Taysom Hill this week.

Hill wants to be a full-time quarterback after being used all over the field by Sean Peyton and his offensive staff for the last few seasons.

The tender means that as a restricted free agent Hill can negotiate with other teams, but the Saints have a right to match. If they don’t, they will get a first-round selection in return.

Another former Brees backup — Chase Daniels — signed a three-year, $13.05 million contract to be Matthew Stafford’s backup in Detroit this week.

Panthers grab Bridgewater and will move on from Newton

Bridgewater was an unrestricted free-agent and the Carolina Panthers snapped up “Teddy Two-Gloves” with a whopping three-year, $63 million deal. He’ll be guaranteed $40 million over the first two seasons of the contract.

Bridgewater was 5-0 as a starter for the Saints last season while Brees was coming back from a hand injury.

Around the time they were announcing the signing of Bridgewater the Panthers were letting the world know they had allowed former starter Cam Newton to seek a trade destination.

“Stop with the word play. I never asked for it,” he wrote. “There is no dodging this one. I love the Panthers to death and will always love you guys. Please do not try and play me or manipulate the narrative and act like I wanted this. You forced me into this. Love.”

The Patriots, Chargers and Bears have all been mentioned as possible destinations for Newton.

You can scratch Chicago off that list though as they found their new quarterback on Wednesday.

Foles on the move again

A year after signing a four-year $88 million deal with the Jacksonville Jaguars, former Super Bowl MVP Nick Foles is on the move again.

Wednesday, the Chicago Bears traded a compensatory fourth-round pick to Jacksonville for Foles.

Foles broke his clavicle in week one and when he came back his job had been taken by Gardner “The Mississippi Mustache” Minshew.

Still owed $21 million guaranteed on his current contract, Foles restructured the deal so that he now has the ability to void the deal after either of the first two years depending on his performance.

Foles will likely replace Mitchell Trubisky as starter in Chicago. Trubisky was the second overall pick in 2017. The Bears passed on quarterback Patrick Mahomes and DeShaun Watson to select Trubisky.

Trubisky may wind up going to another team looking for a starting quarterback such as the Chargers or Patriots.

The Chargers are players on the QB market for the first time since Drew Brees left for New Orleans.

Rivers will lead the Colts in 2020

Since 2006 the Chargers were rock solid at the quarterback position with Philip Rivers manning the spot.

The 38-year old Rivers struggled last season though and Los Angeles announced they would be moving on from him after the season.

The team faltered down the stretch though and signing Rivers is seen as a bridge for a team that will likely also draft a QB to develop for the future.

When rumors started that Brady would leave New England after winning six Super Bowls there were some teams that made sense for possible destinations.

The LA Chargers, Chicago Bears, and Tennessee Titans were teams most bandied about.

There wasn’t much buzz about Brady joining Tampa Bay early on.

However, the Buccaneers came in with a strong play for the 42-year old Brady and in doing so locked up one of the greatest quarterbacks of all time on a deal that’s rumored to be for $30 million a year.

It will be surreal to see Brady playing in another jersey, but like Joe Montana with the Chiefs or Brett Favre with the Jets and Vikings — it will become reality soon.

Brady signing with the Bucs adds former top overall draft pick Jameis Winston to the growing list of quarterbacks that are looking for a new home in an NFL free-agency period that is less than 48 hours old.