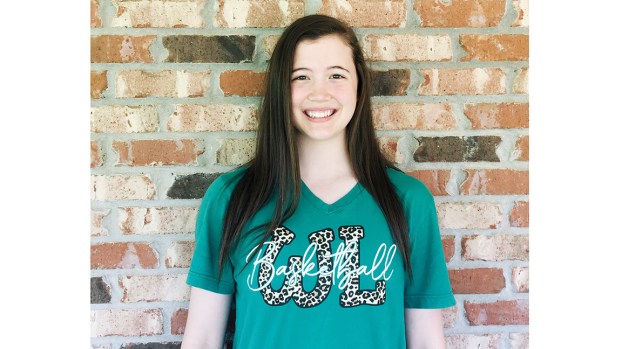 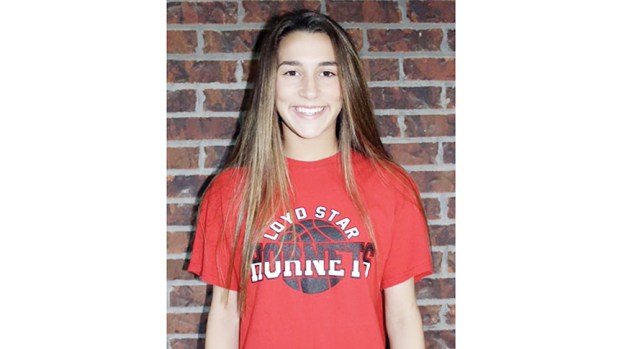 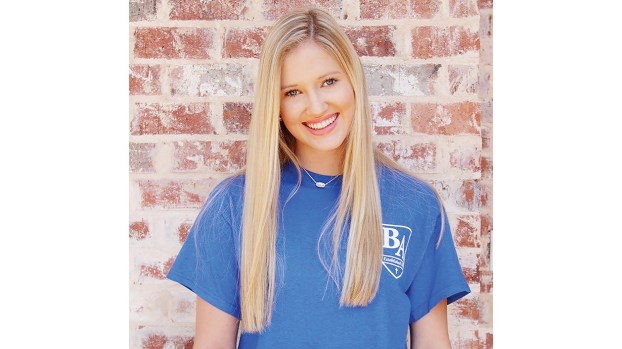 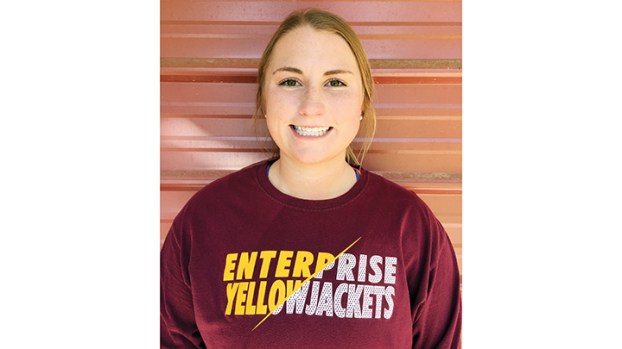 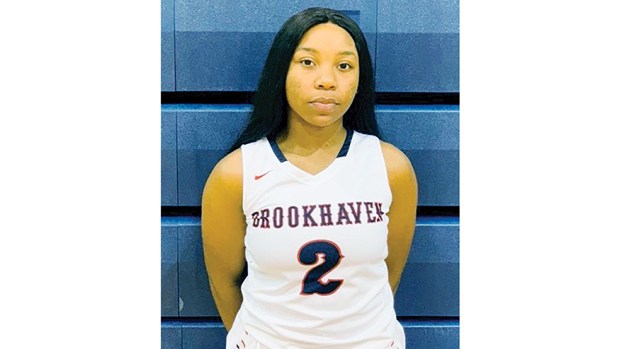 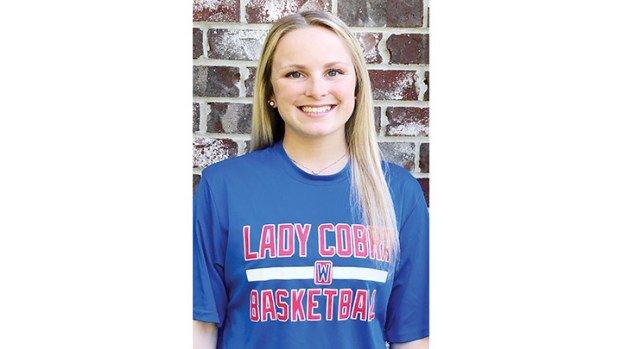 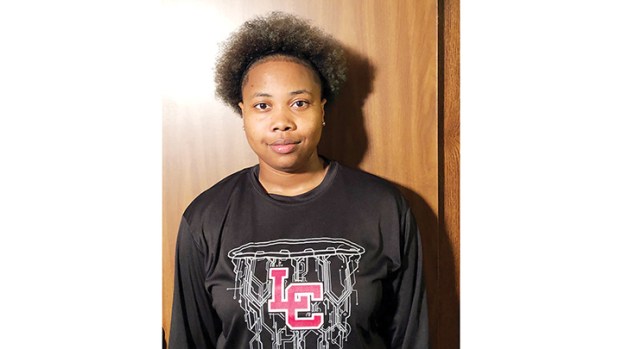 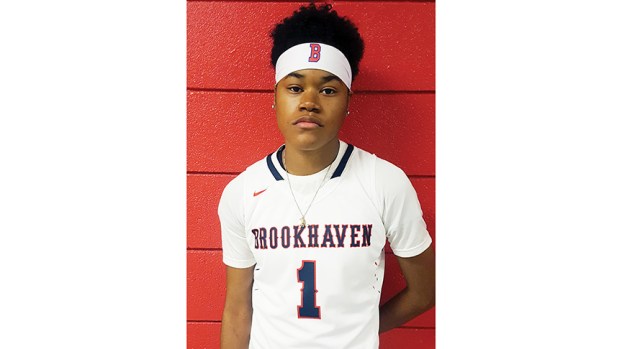 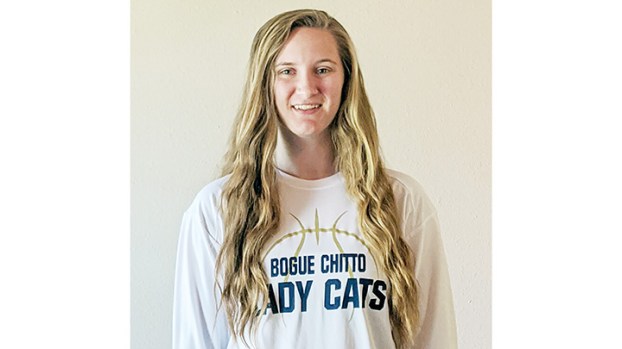 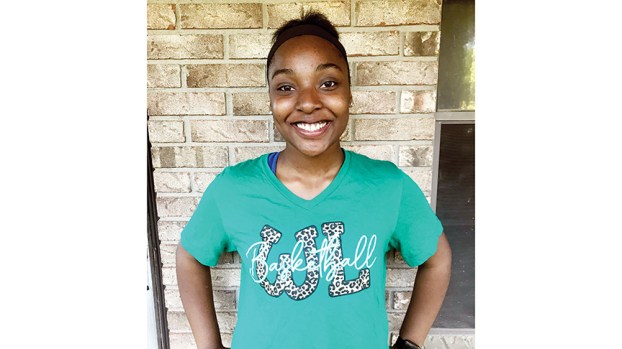 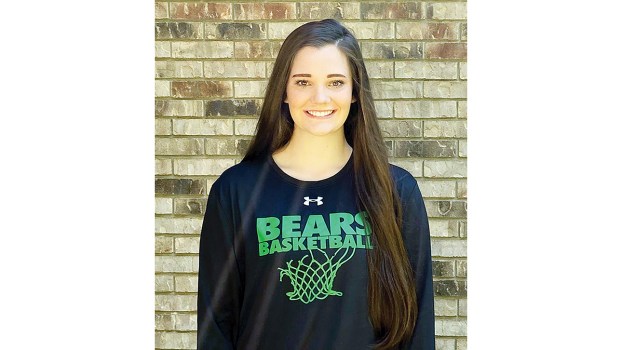 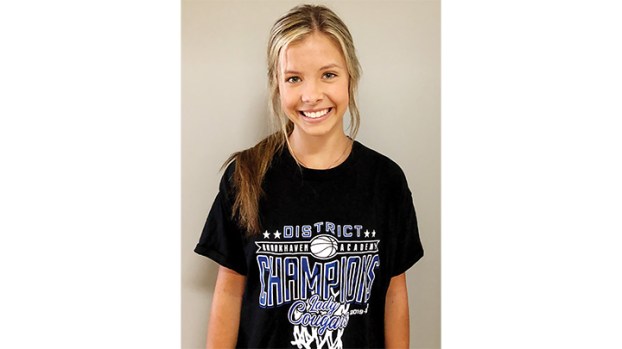 Displaying instincts far beyond her age and experience, West Lincoln point guard Kara Beth Addison did it all for her team as a freshman, first-year starter. Addison averaged 14.3 points, 4.9 assists, 4.0 steals, and 2.2 rebounds per game for coach Brooks Smith and the Lady Bears (19-9).

Displaying a game that’s built on fundamentals, Addison is good at going to either hand with the dribble. She sees the court well and always has her head up, hunting for the next assist. Addison is especially effective at the top of the Lady Bears zone-defense. There she’s fast to jump into the passing lanes and turn defense into offense.

Often around the basket, Addison shot 47 percent for the season from the floor, 32 percent from the 3-point line and 72 percent from the free throw line. She nearly had a triple-double in a playoff win against Union as she finished with 13 points, eight assists and seven steals.

A three-sport standout and one of the fastest distance runners in the state, Loyd Star sophomore point guard Aubrey Britt isn’t too shabby on the basketball court either. Britt averaged 15.3 points, 5.3 rebounds, 3.9 steals and 3.4 assists per game for coach Gene “Moochie” Britt and the Lady Hornets (19-9).

In the county tournament, Britt struck her head on the court at West Lincoln and missed four games after the injury. The three-time defending 2A cross-country champion and softball standout, Britt is a blur in red and black on the court for the Lady Hornets.

Last season she was second on the team with an 8.9 points per game average as a freshman. What Britt does very well is snake in to the lane for rebounds. She possesses the body-control to snag a one-handed rebound, the ball-skills to dribble through traffic and the speed to pass by defenders on her way to the basket.

The 5-foot-11 Felder puts pressure on opposing forwards with how well she runs the court. She’s also good in the role of trail-forward as her ability to handle the ball at the top of the key and pass can set the BA early offense in motion.

If Felder’s not near the block then she’ll be out on the perimeter, especially if a team is trying to defend the Lady Cougars with a zone. Felder’s ability to shoot from deep over shorter defenders — she especially loves the corner 3-pointer — gives the BA offense another thing for opponents to defend. She was also an all-area selection as a softball pitcher.

Crafty with a good touch on her shot, sophomore forward Natalie Harris was offensive option number one this season for Enterprise. Harris averaged 12.1 points, 5.2 rebounds and 1.1 steals per game for coach Shane Adams and the Lady Yellow Jackets (3-20).

Harris operates best on the baseline where she scores using a variety of floaters and quick shots. Even her jump shot has a quick release as Harris can get a shot off as fast as anyone in the county. Harris was also an all-area selection as a pitcher of the Lady Jackets.

She scored a season high 23 points in a one-point loss to West Marion. EAC had one of the youngest teams in the area with Harris leading the way in scoring and freshman Hannah Jergins second behind her in most major statistical categories.

A true floor-general in how she runs the show, junior point guard Ashanti Louis is the motor that makes Ole Brook go. Louis averaged 7.7 points, 4.1 rebounds, 3.9 assists, 3.0 steals per game for coach Preston Wilson and the Lady Panthers (28-4).

Louis played in 31 games as a freshman and started every game last year for a BHS team that finished 27-2. Her ability to dictate the pace is what sets Louis apart. If the Lady Panthers need to go fast, she’ll get the ball quickly where it needs to go — head up and looking for an outlet to pass to.

If the game slows down Louis is especially deadly in the half-court. She’s great at getting a defender on her hip and muscling to the basket for a scoop shot if the help doesn’t come. At 5-foot-5 she’s also a sneaky rebounder who relies on quick hands to snatch the ball before her opponents can react.

Quick as a hiccup, senior point guard Shelbi Maxwell zoomed up and down the court for Wesson throughout her hoops career. Maxwell averaged 8.1 points, 4.6 rebounds, 4.2 steals and 1.3 assists per game for coach Michelle Nunnery and the Lady Cobras (13-16).

The wins were the most for a Wesson team since the 2012-2013 season as a move back down to 2A for the Lady Cobras put them back in the playoffs as the fourth-place finisher in Region 7-2A. WAC did all that despite losing sophomore post presence and leading scorer Breanna Grant-Hall to a lower leg injury on December 27.

Maxwell is a Copiah-Lincoln Community College softball signee who also uses her speed to fly around the base paths. She was an all-area selection in softball as well and is one of the fastest athletes in the area — on the hardwood or grass.

Part of a dominating state championship team as a sophomore, Lawrence County senior Tieshia McCallum was a go-to player for her team this season. McCallum averaged 9.7 points, 3.6 rebounds, 1.7 assists and 1.2 steals per game for coach Vicki Rutland and the Lady Cougars (12-16).

McCallum appeared in 22 games off the bench as a sophomore for a powerhouse LC team that finished 31-3 and won the MHSAA 4A state title. Last season LC finished 21-8, won their region tournament and made it to the third round of the playoffs as she saw her role expand.

McCallum is known for her toughness and physicality. She’s been used in a variety of ways by Rutland over her career. Guard bigger players, yep. Same for guarding smaller players. And the team’s best offensive threat as well. Rutland’s teams always improve as the season goes on and McCallum is player that’s done the same thing throughout her career.

An offensive threat that can score in the paint, from the mid-range or deep, senior guard Ayanna McNairy was a huge part of the success that her Brookhaven High team had this season. McNairy averaged 9.1 points, 4.1 rebounds, 2.0 assists and 1.5 steals per game for coach Preston Wilson and the Lady Panthers (28-4).

Imagine this scenario — the Ole Brook offense crisply moves the ball around the key until it finds a wide-open McNairy on the wing. Her 3-pointer splashes through and you grab the ball from the net for an inbound pass. Before you can even take a breath there’s McNairy again, up on the ball, hands out wide, as she forms the first line of the BHS press-defense.

That’s a nightmare scenario that teams have been seeing for years now as McNairy was the bulldog on the ball for the Lady Panther full-court defense. McNairy is a Mississippi Gulf Coast Community College signee.

The 5-foot-9 Palmer never gave up on a rebound as she’d often chase balls out of her area to give BC another possession. The Lady Bobcats have won at least 20 games in each of Walter’s first two season on Highway 51 and the play of Palmer inside has been a big part of that success.

Walters prides himself on having a bunch of Lady Bobcats that play together and play physical. He wants the team to be one that plays hard every possession and wears their opponent down with their effort and attitude. Watch Palmer do the dirty work inside and you’ll see a great example of the type of Lady Cat that Walters is looking for.

The first substitute off the bench last season, junior forward Brittany Sturkey stepped into the role of leading scorer this year for West Lincoln. Sturkey averaged 16.5 points, 4.7 rebounds, 2.6 steals and 2.0 assists per game for coach Brooks Smith and the Lady Bears (19-9).

Smith called Sturkey “instant offense” last year and this season she kept that momentum going in her new position as a starter. Sturkey gets it done by stalking around the paint and waiting for the right time to flash or cut to the ball. She’s not going to run straight to the block and call for the rock. Instead she’ll wait in the short corner and as it swings back towards her — she’ll hop into the lane and catch a pass right in front of the basket before the defense has time to react.

She tied her season high of 24 points in a playoff win over Union. Sturkey is also another weapon that Smith deploys at the top of the Lady Bear zone-defense. She has the green light to jump out after lazy passes and had a season high 10 steals in a win over Amite County.

As the only returning starter from a MHSAA 2A runners-up team, West Lincoln senior forward Bailey Wilson knew she’d have to step up this season. Wilson averaged 11.4, 5.7 rebounds, 1.6 steals and 1.3 assists per game for coach Brooks Smith and the Lady Bears (19-9).

Wilson has always been the x-factor for the West Lincoln offense. The opposition would be forced to guard the 6-foot Wilson with one of their biggest players. Wilson doesn’t go to the block though, she plays out on the perimeter, facing the basket and showing a great passing-touch.

West Lincoln was at its best when Wilson was dialed in from long-range as that ability from someone her size always gave the defense something to adjust to. She finished 32 percent from deep on the season and made a combined 10 3-pointers in back-to-back games against Puckett and North Pike.

Warren is an old-hand at handling pressure defenses now as she keeps her eyes up. She’s good at shielding her defender on her hip and never goes too fast when the defense wants her to speed up.

The next step over her final two varsity seasons will be for Warren to up her point production as one can expect a more experienced Lady Cougar team to play a little quicker next season in Kessler’s second year. Warren has a solid jump shot and is reliable from the foul line as she shoots the ball high with soft-touch.