Archive dive: Sartin was part of a loaded all-star team in ’93 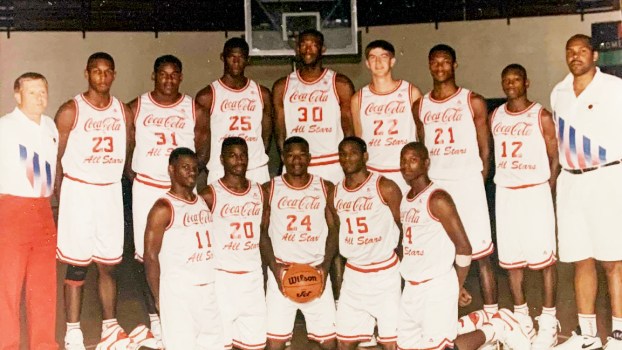 Photo submitted Loyd Star’s Marty Sartin played in the North-South All-Star basketball game in 1993. Sartin (no. 22) stands next to future NBA top ten draft picks Antonio McDyess (no. 25) and Erick Dampier (no. 30) in the team picture. 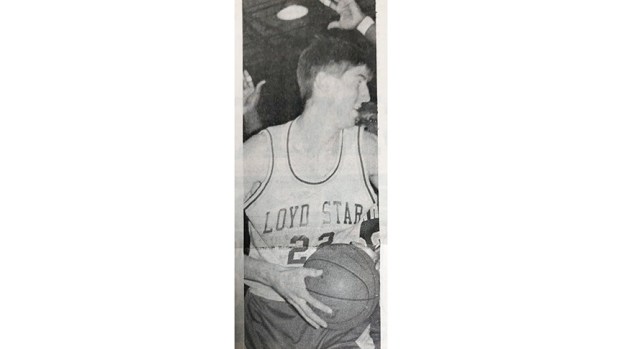 This is part of our series looking back at stories from The Daily Leader Archives.

A familiar name popped up recently while I was looking through a collected edition of papers published by The Daily Leader in March of 1993.

There was a brief article about Loyd Star senior basketball player Marty Sartin being selected for the North-South All-Star game that was to be played later that year in July.

There was a picture of Sartin making a move to the basket, but the article wasn’t all about the Loyd Star senior — it also mentioned Lawrence County senior center Erick Dampier being selected for the same game.

Dampier and Lawrence County had recently been eliminated from the state playoffs that season winning back-to-back state championships the previous two years.

A column at the time by Daily Leader sports editor Tom Goetz mentioned that Dampier had yet to make a qualifying ACT score and might end up in Wesson playing for coach Paul Johnson instead of at Mississippi State.

Dampier did make the grade and went on to become a legend at MSU as he led the Bulldogs to the Final Four.

Knowing that now, I was curious if he played in a late summer all-star game. Dampier was also selected for the Mississippi-Alabama All-Star game that year. Surely, he was in summer school in Starkville and skipped out on playing in the North-South game scheduled for the last day in July of that year.

I shot Marty a message on Facebook to ask him if Dampier played.

It didn’t take him long to respond with a picture. There in the back row standing shoulder to shoulder are Sartin of Loyd Star, Dampier of Lawrence County and Antonio McDyess of Quitman — all teammates on the South squad.

McDyess played collegiately at Alabama and was the second overall pick in the 1995 draft. It was truly a golden age of prep basketball talent in the state of Mississippi.

A year after McDyess was picked by the Denver Nuggets, the Indiana Pacers took Dampier with the 10th overall selection.

In 1993 they were still just a couple of tall, talented kids from rural Mississippi — just like Sartin.

“Dampier and McDyess were really nice guys,” said Sartin. “Dampier was very quiet and McDyess was what I might describe as shy. Dampier was still an extremely raw talent, but the ability was present to be developed. McDyess was a talent above the rest. He was between 6-foot-9 and 6-foot-10, could jump out of the gym and could basically take his game to the next level no matter who was trying to stop him.”

The highest ranked player in the state — Murrah guard Ronnie Henderson — didn’t even suit up for the game. Henderson was touted as the best shooting guard in the country and went on to play at LSU before being a second-round pick of the then-Washington Bullets in 1996.

If you’ve got some time — and let’s be honest, that’s something we all have right now — go to YouTube and search out the Murrah versus Lawrence County “Dream Game” from 1992.

Murrah was the two-time defending 5A state champ and LC had won 4A twice in a row. The MHSAA allowed them to play a game after their state championship wins against each other at Jackson State. LC won the game 58-56.

Dampier and Vandale Thomas (MSU signee) going against Henderson, Othella Harrington (2nd round NBA pick in 96) and Jesse Pate (future McDonald’s All-American). The crowd was estimated at being close to 8,000 and the game was broadcast on state wide television.

Again, this was Mississippi high school basketball at its pinnacle.

Growing up in neighboring counties, Sartin will never forget the first time he laid eyes on Dampier.

Loyd Star and Lawrence County met up in a junior high tournament and Dampier had already begun to shoot up like a tree.

“I think he was in seventh grade the first time we played them, and he was already close to 6-foot-6,” said Sartin. “He’d grown so quickly, so fast that you might not have foreseen him being an NBA center. Hard work, potentional and great coaching payed huge dividends for him.”

Sartin won’t say it himself, but he’s someone who knows all about hard work from first-hand experience.

As a senior he signed with Samford and then coach John Brady. Brady is a McComb native and he would soon leave to take over for Dale Brown at LSU beginning in 1997.

Sartin transferred from Samford to Mississippi College where he was a standout for coach Mike Jones and the Choctaw. In 1997 Sartin averaged over 12 points and 8.6 rebounds per game for a 21-4 MC team.

“You always want to speak well of your guys when college coaches are looking at them, but with Marty you can’t say enough about the type of person and player he was,” said Presley.

Sartin was also an all-state baseball player during his time at Loyd Star. Standing over 6-foot-6, he wasn’t just a tall guy who was athletic said Presley, he had laser-like focus on being his best.

“Marty and his daddy were really close,” said Presley. “I remember they had a hill that Marty would sprint up to train. He was just always pushing himself to be better, always working.”

Sartin is a long way from Caseyville and Hilltop now — he lives in New Hampshire. His wife Lori is from the Granite State and they moved there in 2003.

“It’s a great place to raise a family and close enough to the ocean, mountains and major cities where you can easily visit — but not too close,” said Sartin.

He and Lori have two children, Noelle and Bryce.

The memories of that all-star week are still fresh for Sartin.

His roommate that week was Mark Smith of Vicksburg. Smith went on to play football at Auburn and then in the NFL, where he was drafted by the Cleveland Browns in 1997.

“He was 6-foot-4 or 6-foot-5, built like a bodybuilder and very athletic,” said Sartin. “He wasn’t going to be moved in the paint.”

Sartin was one of the few players there with a car. One rainy afternoon he loaded up with Eric Washington of Pearl — he’d play at Alabama with McDyess — and Dampier to grab some grub.

“Not much was discussed on the short drive, but it’s a memory I’ll never forget,” said Sartin — over 20 years after he stood shoulder to shoulder with future NBA stars and fellow Mississippians.