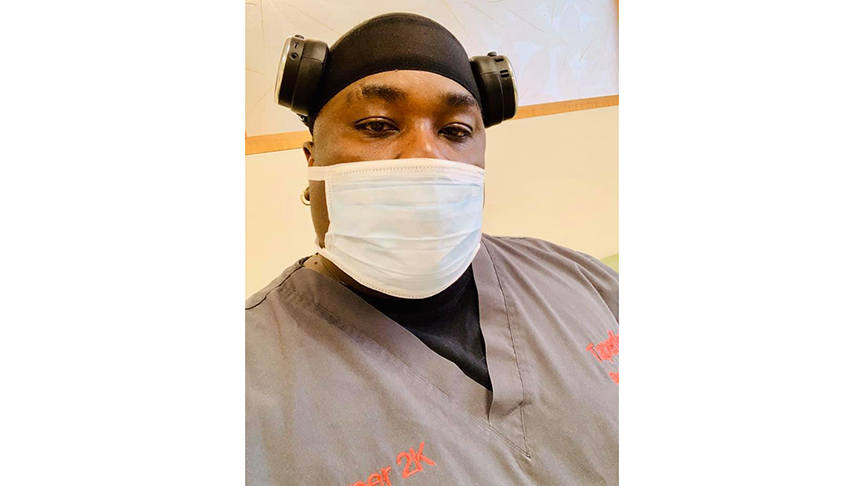 Eugene "Taper" Thompson posted this photo on his Facebook page on March 17, saying he felt unwell. Thompson died April 4 after testing positive for COVID-19 on March 22.

Over the weekend, a Brookhaven stylist became the first person in Lincoln County to die from illness related to COVID-19.

Thompson posted a photo of himself wearing a face mask on his Facebook page March 17, with the following message: “Quarantine yourself stay away from people…places.. or things…I felt a little acky… fever was a little high so I came to get checked… tapernation will be closed for the rest of the week…well deserved rest and relaxation.”

According to media reports, Thompson tested positive for COVID-19 on March 22. Two days later he was fighting for his life in the hospital.

Thompson’s sister, Dedra Edwards, told Jackson-area media that a nurse practitioner called her at 12:22 p.m. Saturday to let her know her brother had died, less than one week after his 46th birthday.

“Everybody, before you go outside, or before you decide to go to your friend’s house make sure before you make that decision you know going outside that door could very well kill you, your children or your parents,” Edwards said.

Over the weekend, MSDH listed an additional two known cases of COVID-19 in Lincoln County, bringing the total to 18. The new state total as of Sunday at 6 p.m. is 1,738 confirmed cases and 51 deaths.

Mississippi is currently under state-wide stay at home orders issued by Gov. Tate Reeves. Executive Order 1466 went into effect on April 3 and has a projected end date of April 20.