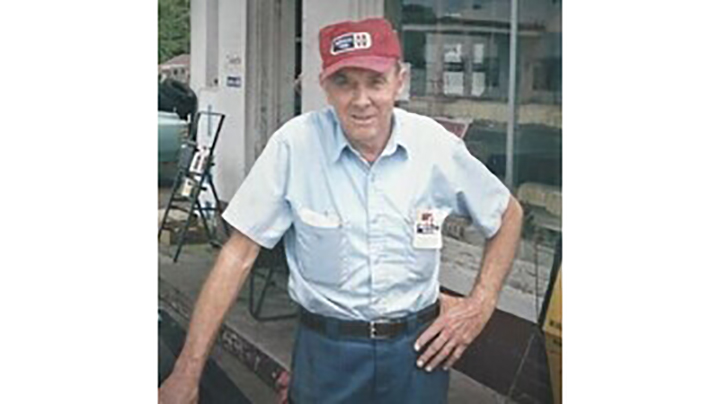 Kenneth Furr, 91, of Wesson, MS, passed away from this life on Wednesday, May 6, 2020. He is now resting in the arms of Jesus. He was a kind and compassionate loving Christian husband, father, grandfather, great-grandfather and beloved friend. A private graveside service will be held in Wesson Cemetery, Wesson, MS, on Saturday, May 9, 2020, at 11:00 a.m. Brookhaven Funeral Home is in charge of arrangements.

As a young man, Kenneth left college following the sudden death of his father to come home to run the family business and to help his mother with two younger siblings. Never once did he resent leaving school to carry this cross. He knew it was God’s plan for his life. His life, the way he lived, and the many lives he touched are a testament of how closely he walked his life on earth as a child of God. He was a vital, active, contributing citizen of Wesson, the town he lived in his entire life.

Decell Memorial United Methodist Church was his church. With his beautiful tenor voice, he was a member of the choir and served as music director of church for many years. Even when he had to sit on the front pew because he was no longer able to get into the choir loft he still led the choir and congregation in song.

Kenneth operated the Gulf Service Station for over 70 years following the death of his father. The station became the gathering place of the “men’s gossip group.”

A member of the Wesson Fire Department, he served as fire chief. He was the organizer of the Wesson Christmas parade and children’s time with Santa Claus following the parade. He also organized the first Wesson Flea Market which continues today.

An active member of Wesson Lion’s Club, he served as president, led the singing, and was the “Tail Twister” collecting fines for those members not wearing pins.

Kenneth was multitalented. He was an avid gardener with a greenhouse so he could get started growing his flowers and vegetables early. He had a beautiful rose garden, and many of those roses found their way into his church.

In his woodworking shop he made tables, chairs, benches and other pieces which he just wanted to give away.

He loved taking photographs and took his camera with him so he could take pictures of unsuspecting individuals. Many of those photographs he turned into a slide presentation which he shared with church members and others.

He is survived by his beloved wife of 66 years, Margaret, daughters Amy and Barbara, grandson Blake and wife Nikkie, great-grandchildren Lola and Barrett. He will be missed.