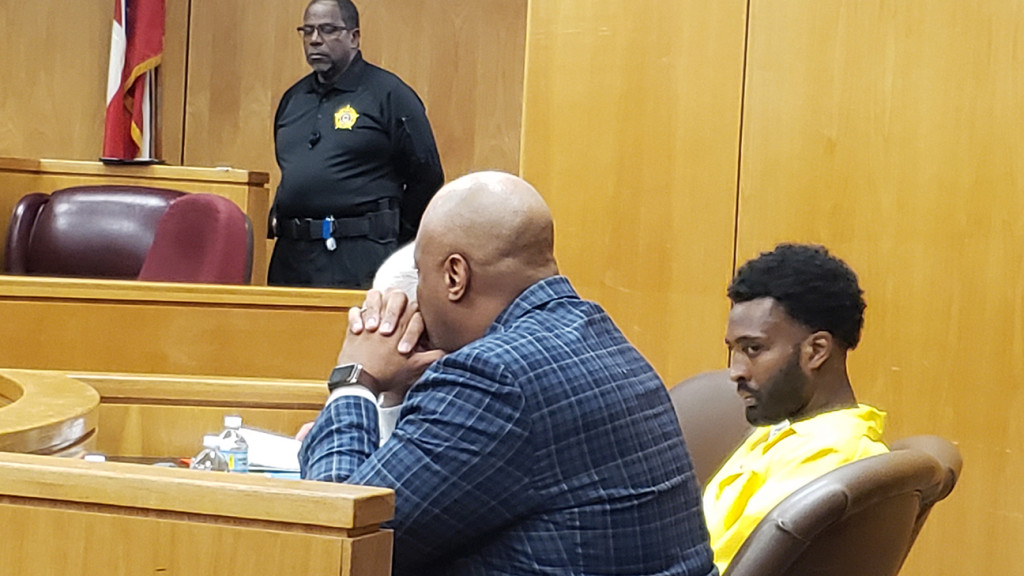 A collective sigh of relief was heard in the Lincoln County Circuit Court about 2:40 p.m. today, when Judge Michael Taylor denied bond to Marquis A. Flowers.
Flowers, 27, is accused of firing the fatal shots that killed Brookhaven Police Department Cpl. Zack Moak and patrolman James White on Sept. 29, 2018.
Flowers was on parole for prior auto burglary charges when Moak and White each responded to 600 North Sixth St. in the early hours of that Saturday morning to investigate reports of gun fire. Both officers were struck and killed during a firefight with the shooter.
Judge Taylor said in his ruling that — based on exhibits, relevant law and the Constitution — bail can be denied and should be in this instance, especially considering the defendant’s recent history of failure to appear in Adams County Circuit Court while released on bond.
Taylor said the charges of capital murder and the violent nature of the crime of which he is accused weighed heavily in the decision, as well.
Flowers, in orange jumpsuit and white paper mask, sat silently between his attorneys for the duration of the hearing.
Flowers was indicted Oct. 28 on two counts of capital murder in the deaths of Brookhaven police Cpl. Zach Moak, 31, and patrol officer James White, 35, and possession of a firearm by a convicted felon. Flowers pleaded not guilty Nov. 12 to all three counts.

The officers were killed Sept. 29, 2018, while responding to a call about shots being fired at a home in Brookhaven.

Flowers was previously convicted of auto burglary charges in Lincoln and Pike counties. He was charged in Natchez with taking a motor vehicle and four counts of auto burglary, including fleeing from law enforcement in a high-speed chase in February 2017. He later surrendered to authorities. Released on bail, Flowers was a fugitive at the time of the Brookhaven shootings after failing to appear for a court date in Adams County.

Flowers’ parole was revoked after the Brookhaven officers were killed, and he has remained in custody. He is being held in the Adams County jail.

Another status hearing in the capital murder case is set for June 9 at 1:30 p.m. District Attorney Dee Bates said he will pursue the death penalty once the case goes to trial.