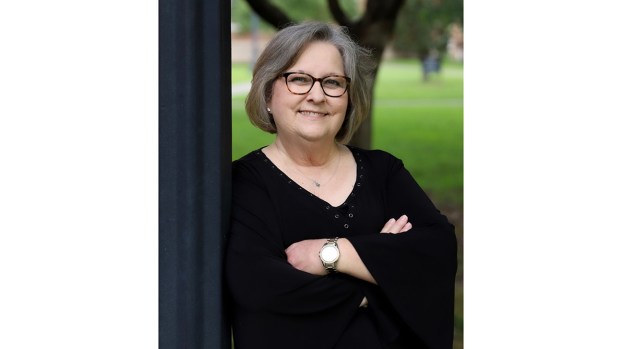 Lincoln County educator is appointed to charter school board

Lincoln Countian Jennifer Jackson Whittier has been chosen as the lieutenant governor’s charter school board appointee.

Whittier, a lifelong educator, has been confirmed as the newest member of the Mississippi Charter School Authorizer Board. She received the unanimous consent of the Mississippi Senate. She will serve a two-year term ending in June 2022.

“Jennifer has been an encouragement to thousands of children in her more than three decade tenure as a teacher in classrooms in northeast and southwest Mississippi,” Hosemann said. “She personally knows what it takes for our schools and students to succeed, and I know she will be an asset to this important Board.”

After retiring in 2012, she also taught at Parklane Academy and Brookhaven Academy.

She has taught English, Spanish, creative writing and public speaking. Her honors include being selected as her district’s Teacher of the Year three times and a STAR teacher six times. Whittier is a former feature writer for Bluffs & Bayous magazine.

Whittier earned her bachelor’s degree from Mississippi State University in secondary education. She has been married to her husband Greg for 49 years. They have two children together; Lindsey Mayes and Carly Shandy. She is a grandmother to Madison, Colton and Connor.

“I am honored to be a part of this board and will strive to serve the state of Mississippi with integrity,” Whittier said. “My hope is to be able to reach out to meet the educational needs of all Mississippi students.”

The Mississippi Charter School Authorizer Board operates with seven members from across the state. The lieutenant governor appoints three members, one from each Supreme Court District.

The board oversees the state’s seven authorized charter schools, approves applications for new schools and determines whether under-performing schools should close, among other responsibilities. Charter schools in Mississippi are public schools open to all students that operate with flexibility in areas like curriculum and schedules.

Whittier said Hosemann first contacted her about becoming a part of his educational advisory committee. Later, he contacted her again about being involved on the MCS Authorizer Board. After doing a lot of research on it, Whittier agreed.

“Now I’m focused on this,” Whittier told The Daily Leader. “Now more than ever, educators have a responsibility to meet the needs of as many children as possible. We need to have an open-minded approach to education because not every child fits the same mold,” she said. “As long as there is strict accountability, high performance and transparency, an alternative to traditional public schools might be in the best interest of some children. After all, they are our priority. My role on the board will be in the areas of performance and accountability, relying on personal on-site evaluations as well as statistical information provided by each school.”

Whittier’s first meeting with the board will be Monday, via Zoom.

Boy asks public to run with him to honor fallen deputy

An 11-year-old boy will run 1 mile tonight in honor of a fallen Lincoln County Sheriff’s Office deputy, and he... read more