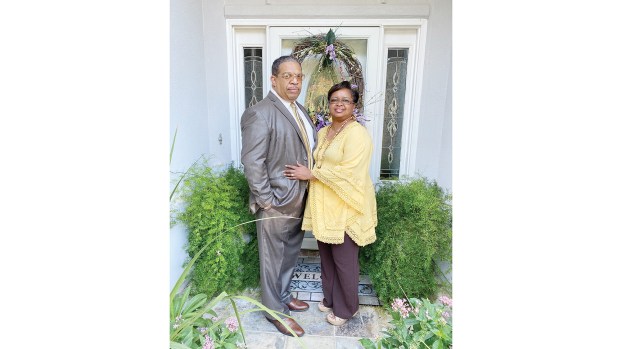 Local pastor ‘walks by faith, not by sight’

Grace Community Church is taking the bumper sticker “Honk If You Love Jesus” to the next level as worshippers honk their horns during parking-lot services.

The Rev. Phillip Sterling said he loves to hear members and visitors praising God however they can during the coronavirus pandemic. Services from the church at 225 Ingram Street are also on Facebook.

Sterling, in the ministry for 32 years, has been senior pastor at Grace since it formed 11 years ago.

Sterling grew up in church “like most kids in the South because they didn’t have a choice,” he said.

At 18, he felt a strange feeling at a church. God was calling him into the ministry.

“It was hard for me to seriously consider it,” he said.

“I was having too much fun partying. I tried to ignore it and I did exactly that for 10 years. I thought God would surely leave me alone, but he didn’t, and the calling became worse and worse and worse.”

In his late 20s, Sterling had a dream or vision: God lifted the roof off his bedroom, grabbed him by the hand, and they took off, with God showing him people and saying, “Look what’s going on.”

“It was traumatic, to say the least,” Sterling said.

He asked a pastor for advice. The pastor said, “Son, don’t do it on your own. If it’s meant to be, you will find it.”

Sterling joined the military out of high school but left after an injury. He became a truck driver and was home only on weekends. His wife Karen attended her home church on Sundays.

“I used to get so angry with my wife, like, ‘how can you leave your husband and go to church?’”

Finally, he started going with her.

“One Sunday, out of nowhere, I found myself standing at the altar just boohooing,” he said.

“I became the one on Sundays saying, ‘We’ve got to hurry. We can’t be late,’” he laughed.

He worked in the ministry and law enforcement and earned a Master of Divinity from A.P. Clay Theological College.

Sterling pastored at St. Paul Baptist Church for nearly 16 years and then preached in New Orleans.

“When we started Grace in 2009, we didn’t have a microphone. We didn’t have anything. But attendance grew every week. It’s just so amazing to walk by faith and not by sight, to see God bless the ministry, to feel like a family.”

Sterling said his church family is “about the most caring and compassionate congregation I’ve ever seen in my life.”

Minister Davion Brown has filled in preaching for him while Sterling heals from back surgeries performed in March and June.

Sterling and his wife, an officer at the Bank of Brookhaven, have a son, a daughter and nine grandchildren.

One of his favorite Bible verses is Philippians 3:16: “Nevertheless, whereto we have already attained, let us walk by the same rule and the same mind.” (KJV)

With today’s racial tension and political division, Sterling thinks about the need to be of the same mind. He said all people will never think alike, “but should want the best for others.

“People are dying and the bottom line is we should be doing something to give people inspiration and comfort.”