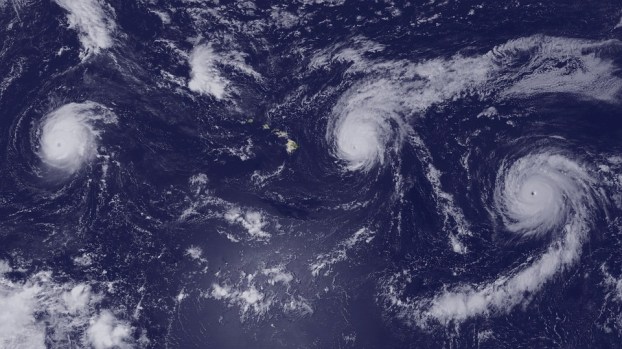 The city of Brookhaven has declared a state of emergency amidst concern for Hurricane Laura.

On Monday, an emergency called meeting was held in the city board room at the Brookhaven Government complex, where the board of aldermen met. Mayor Joe Cox was unable to attend in person but called in via cell phone.

By requesting to be added to the state of emergency area, the city can authorize Director of Public Works Keith Lewis to order additional cleanup if there is any storm damage.

This also puts Emergency Management Director Clifford Galey in charge of finding relief for the area if it is hit.

As of Tuesday afternoon, Galey said Hurricane Laura should be the main concern.

“Marco is gone,” Galey said. “Some of this rain we have now may be remnants from Marco.”

As for what may happen, Galey isn’t sure. Hurricane Laura is expected to make landfall as early as Wednesday night or as early as Thursday morning.

“It’s still kind of up in the air,” Galey said. “But the worst  case scenario for the area is 30-40 mile per hour winds and four to six inches of rain.”

Cecil Rhodes has been around a while, longer than microwaves, cell phones, televisions and vacuum cleaners. He was born in... read more