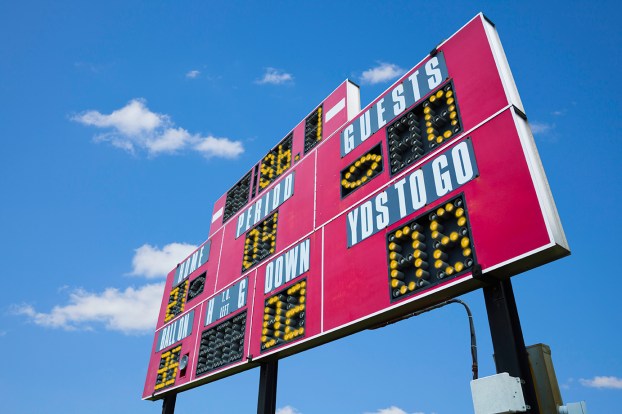 The visiting Salem Wildcats took their first possession all the way down to the Loyd Star 2-yard line Friday night in their matchup with the Hornets on W.E. “Sambo” Smith Field.

There the Hornet defense stiffened to take the ball back on downs. That would be it for Salem as LS ripped off 40-straight points thereinafter on the way to a 40-16 win in their season opener.

After battling an ankle injury that severely limited him last season — senior running back Eric Birch had three scoring runs in the win.

Loyd Star did face some adversity as sophomore quarterback Julius Smith left the game with an injury.

Sophomore Carter Holcomb replaced Smith and ended the night with two passing touchdowns — one going to Bryce Ford and the other to senior J.T. Smith.

Ford rushed for a score, as well. Loyd Star junior running back Versie Wilson had three rushing scores called back due to penalties as the Hornets ate up huge chunks of yards over the 1A Wildcats from Walthall County.

The competition gets tougher next week for Loyd Star as they hit the road to face the Pisgah Dragons in Rankin County.

In the words of their head coach, the Brookhaven High Panthers “played their tails off” Friday night but came up... read more