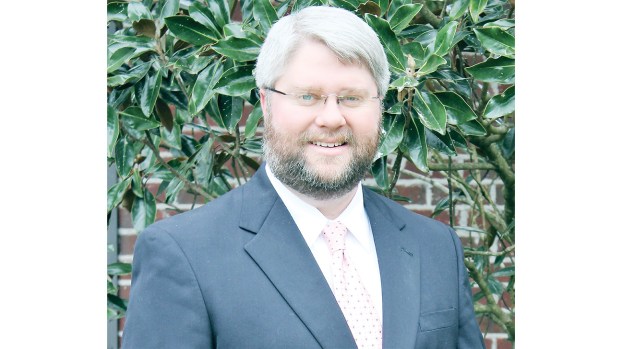 Photo submitted Rev. Ryan Thurman has been pastor of Central Baptist Church in Brookhaven for close to 13 years.

Pastor: ‘It’s a privilege to do good work’

Pastor Ryan Thurman of Central Baptist Church of Brookhaven feels fortunate to have some blessings that many pastors never have.

He and his wife are raising their children in their hometown and he has the privilege of pastoring his home church, the church that watched him grow up.

Thurman has been pastor of Central Baptist for nearly 13 years. He was the church’s student minister from 2003 to 2005 and later returned to become its pastor in October 2007.

“It’s been good,” Thurman said. “It’s a privilege to do good work here for God.”

Thurman was raised in church and has what he calls, “the blessing of a heritage of faith” through his parents, grandparents and great-grandparents.

Thurman said he is also blessed with a loving, welcoming group of people who are more than a congregation — they’re family.

“Central Baptist has a unique spirit of oneness here, a family atmosphere, which some might call ‘a taste of heaven,’” he said.

“People love one another and care about one another. We’re a family serving the Lord together and ministering to others.”

The church typically has greeters at the front door.

“I hear it over and over from people who visit or later join the church, that they experience love and meet friendly people when they walk in,” he said.

“It’s a blessing and brings about the blessings of the Lord. Churches don’t retain people. The love of God retains people and they serve God and find their place in ministry.”

Thurman felt God calling him into the ministry at age 14. He was attending Central Baptist’s summer youth camp.

“Like a lot of folks called to preach, I ran from it,” he said. “I tried on shirts of different kinds but nothing fit except what God wanted for me.”

Thurman said he was saved at the age of 7, but gave his heart to the Lord in his freshman year of college.

He and his wife, Amanda Mitchell, married after attending Copiah-Lincoln Community College.

They both went to William Carey University, where Thurman earned a bachelor’s degree, and he earned a master’s degree from New Orleans Baptist Theological Seminary.

His wife earned a teaching degree. A kindergarten teacher, she has taught at Mamie Martin Elementary School for almost 18 years.

Thurman’s favorite bible verse is John 3:16: “For God so loved the world that he gave his only begotten son, that whoever believes in him should not perish, but have everlasting life.”

“Without that verse,” he said, “I have no eternal life, no motivation in life, no purpose in life, and nothing to preach.

“I’m a sinner. But God initiated his love toward us and gave us Christ on the cross. Without that starting point, there would be no next step to take.”

Central Baptist had been located on Jackson Street for 50-plus years until the congregation built its present campus on East Meadowbrook Drive. The church retired its debt this month.