It’s difficult to think of Julia Reed without hearing her raspy, smoky voice — sort of an odd cross between Lauren Bacall and the sound a farrier’s rasp makes on the hooves of a draft horse. When she laughed, it was earthy, twangy and honest.

A skillful writer, editor, author, entertainer, media personality, and maven of style, fashion, food and all things Southern, Julia was a force of nature. Brash, irreverent, piercingly direct, and devilishly funny, it was almost impossible not to enjoy her company.

Distinguished New York Times writer “Johnny” Apple in 2004 credited Clarke Reed with having “more or less invented the Republican Party in Mississippi” and recounted his role in establishing “a solidly Republican South” over a half-century.

Reed’s influence remains legendary for a man who never sought elective office. Presidents, members of Congress, and others at the seat of power sought his advice and counsel. Mississippi Republicans still do. Politicians, writers, editors and cultural icons beat a path to his door or met him for dinners at Doe’s Eat Place and other haunts.

Julia grew up watching her father enjoy a surreal political and business life that brought national political figures to their home. That carried her to Washington, New York, and other locales far from the Mississippi Delta’s sleepy hum. Julia was as comfortable in those far-flung environs as she was in the deep South.

She launched into an eclectic career as a writer and editor at some of the nation’s top magazines. From an internship at Newsweek while a Georgetown student, to stints at the Orlando Sentinel and U.S. News and World Report to an editor’s spot at Vogue and later achieving near cult status as a contributing editor and columnist at Garden & Gun, her journalistic career thrived.

Whether writing about Southern culture and food for the New York Times and Southern Living or style pieces for Elle Décor, Julia was consistently observant and relevant. She reflected what T.S. Eliot called “an experiencing nature.”

Her father’s influence gave her access to Republican political royalty, making Democratic pols likewise seek her out. Julia wrote intimate, incisive pieces about Barbara Bush and a stunningly candid behind-the-scenes vignette about the marriage of George W. and Laura Bush. Those dominating political stories produced for Julia a concomitant and easy access to actors, musicians, playwrights, chefs and artists.

I first met Julia on Madison Square Garden’s floor in Manhattan at the 2004 Republican National Convention. She was talking with her father and Amy Tuck, then lieutenant governor of Mississippi.

To say that I liked her instantly was an understatement. Julia looked the part of an Upper East Side writer at the top of her game. Honestly, she was too well-dressed and put together to pull off anything approaching a Bohemian role. She wasn’t that person.

She was a beautiful, refined Southern girl who had been to finishing school, yet her vocabulary at times could make a sailor blush. Julia didn’t care. We had brief visits over the years at book festivals or other social or business events in Mississippi. Julia was extraordinarily generous with her time and fame for Mississippi causes.

She was tailor-made for national talking head shows who invited her based on her Southern accent. On most occasions, the hosts wilted when Julia refused to politely play along with lines of political or social debate that she neither endorsed nor abided.

Mississippi and the New South lost a magnificent ambassador, and those of us fortunate to know her lost a unique and passionate friend when Julia left the party. She was a fierce Mississippi woman who could love and lambast her home state with equal fervor.

Don’t quit; Your story is not over

Mississippi is a long way from political realignment 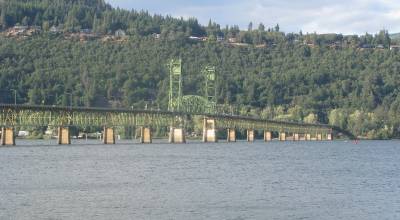 Do you get tired of waiting?