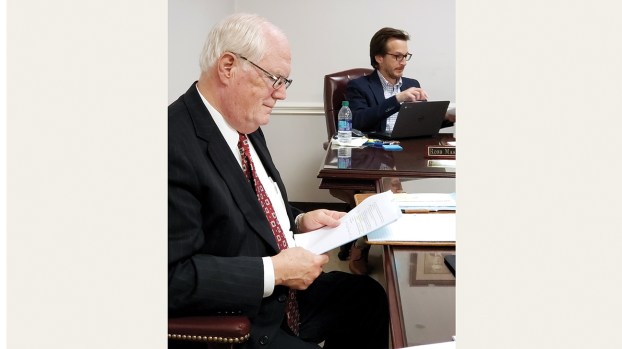 Allen, 73, served as board attorney for the Brookhaven School District for 43 years.

A statement published by the board Friday acknowledged Allen’s passing.

“Mr. Allen was a loved and respected member of the Brookhaven School District family,” the statement read in part. “He will truly be missed.”

When the board voted to rehire Allen for the 2019-2020 school year, board member Erin Smith thanked him for his continued service.

“Sometimes I look to Mr. Allen not just for legal matters, but he’s also our historian,” Smith said.

Allen and his wife, the former Patricia Black, both graduated from Brookhaven High School, as did their son Will Allen and daughter Julie Ann Foncea. Their grandchildren are also Brookhaven School District students.

“When that happens, when you see that, you see that you are invested in our community and our schools, an I appreciate that,” Smith told Allen at the time.

A native of Brookhaven, Allen graduated BHS before studying law at The University of Mississippi. After working as a prosecuting attorney in Hinds County and serving as a law clerk for Mississippi Supreme Court Justice Neville Patterson, Allen returned to the Home Seekers Paradise in 1973 to practice law with his father, Emmette, who was serving as the school board’s attorney.

Allen was legal counsel for the Lincoln County Board of Supervisors for 41 years, as well.

Brookhaven attorney Sally Doty, who resigned the Mississippi Senate this year to take over as director of the state’s Public Utilities Staff, says she has great stories about Allen.

“I practiced law with Bob for seven years and saw firsthand how much he loved putting a case together and taking it to trial,” she said. “In front of a jury, the men all wanted to go hunting with him and the women were all smitten with his charm. He was brilliant and tough, aggressive and softhearted all at the same time.”

Will Allen said the outpouring of support for his family has been amazing, and so many have expressed their appreciation for his father.

“He loved Brookhaven and was a tireless advocate for the boards,” he said.

A memorial service for Allen will be conducted at a later date.

Helping teachers is a passion for Wesson woman

Kelly Earls of Wesson still remembers sitting next to Mrs. Lorraine Carey’s desk when she was a second grader at... read more