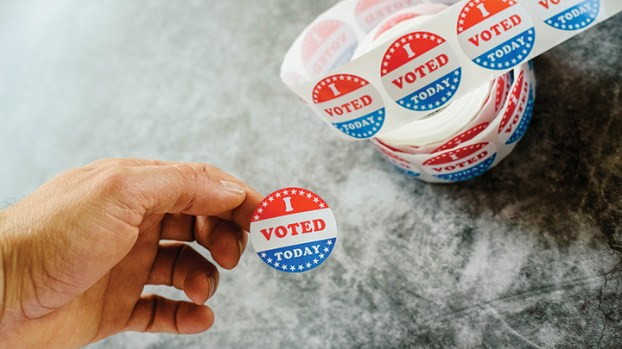 People who ‘under voted’ may not have understood

Tuesday during the General Election, Mississippi voters cast ballots for or against three statewide ballot measures — one that could narrow the requirements for state officials to be elected, one that could determine a new state flag, and one that (in two parts) could decide if the state would authorize adding a medical marijuana initiative to the state constitution.

On the flag referendum, 1.68% of people “under voted.” That means 284 people either marked their ballot incorrectly — unlikely, considering the electronic voting machines will only permit a “yes” or “no” vote, with no stray marks — or did not vote on the issue.

On the state officials referendum, 5.11%, or 864 people, did the same. It appears the people who under voted on these two measures either deliberately chose  not to vote on the issues at hand — their right to do so — or did not believe they understood the issue enough to cast a vote.

On Ballot Measure 1, where voters were asked to either vote for or against a medical marijuana initiative, and — if the measure passed — choose an option the initiative would take, 65 (as presented) or 65A (leaving it up to the Legislature to decide), 10.1% of voters, or 1,708 individuals, under voted.

It’s no secret many people did not understand the measure. Some people no doubt decided not to vote or voted only on one part of this issue, rather than both parts. Was it in protest of the issue being on the ballot, or frustration or confusion? We’ll never know for certain what others chose to do in every case.

I think some who were in favor of medical marijuana may have inadvertently voted against it while some who were opposed to it may have accidentally voted in support of it, simply because they did not understand how to mark their ballots to represent their views.

The Daily Leader published a few articles in recent weeks trying to give readers an understanding of the issue prior to voting, but the fact remains — many ballot proposals are simply not written in a way that the average voter “gets it.”

Our system must do better.

There comes a time we must confront our own mortality

“We all have two lives. The second one starts when we realize we have only one.” — Confucius Four years... read more