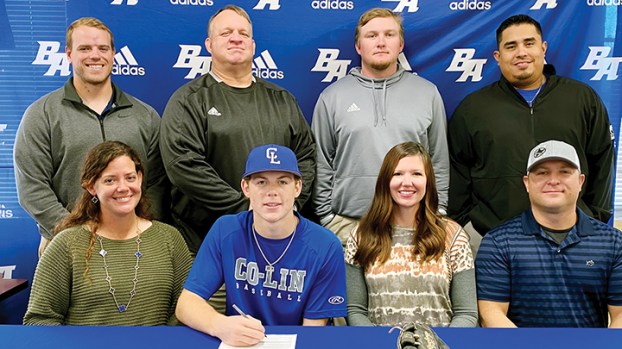 Brogden is a versatile, talented athlete. He’s dynamic with a basketball in his hands as he was a Daily Leader All-Area selection last year on the hardwood. He was a difference maker in football as a senior before an injury ended his season. As a junior, Brogden only played in 11 baseball games as COVID-19 wiped out the rest of the season. BA head coach Caleb Upton says he’s the type of hard worker who’s only going to grow on the next level.

“Co-Lin is getting a good ball player who loves the game,” said Upton. “He can play any position and Gavin is also the kid that I will most often find doing extra work outside of practice. He knows what he wants and works hard to try and achieve it.”

“Gavin is a really good athlete,” said Smith. “He can play several positions if needed and we are excited to have him join us next year.”