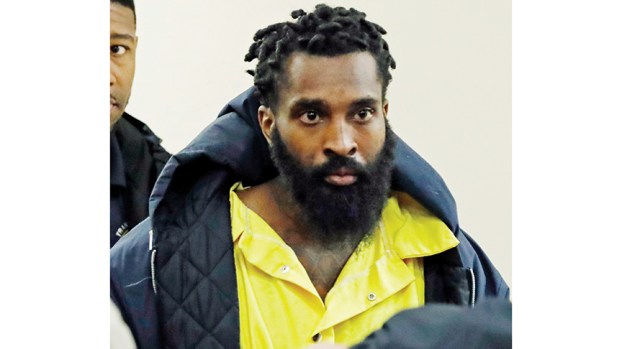 Change of venue granted for accused in death of 2 officers

A man accused of firing the shots that killed Brookhaven police officers Cpl. Zack Moak and patrolman James White in 2018 was granted a change of venue Thursday morning.

Marquis A. Flowers of Brookhaven was arrested following the deadly incident on Sept. 29, 2018. Flowers was on parole for prior auto burglary charges when Moak and White each responded to 600 North Sixth St. in the early hours of that Saturday morning to investigate reports of shots fired. Both officers were struck and killed during a firefight with the shooter.

Flowers pleaded not guilty in November 2019 to two counts of capital murder and possession of a firearm by a convicted felon.

McKenzie sustained defense attorney Kelsey Rushing’s motion for a change of venue either in trial location or through bringing a jury from another area to hear the case. Rushing cited “considerable press coverage” and the high profile nature of the case as the primary reasons for the motion.

District Attorney Dee Bates had no objection, but said the prosecution would prefer a jury be brought to the area and sequestered as in at least one previous instance.

McKenzie said he would leave the decision to the mutual agreement of Bates, Rushing and the Lincoln County Circuit Court administrator, and suggested the search begin with the northernmost counties of Mississippi.

Flowers, who turns 28 this week, is due back in court Jan. 26 at 10 a.m., when attorneys are expected to inform Judge McKenzie of their venue decision and possible dates for trial.