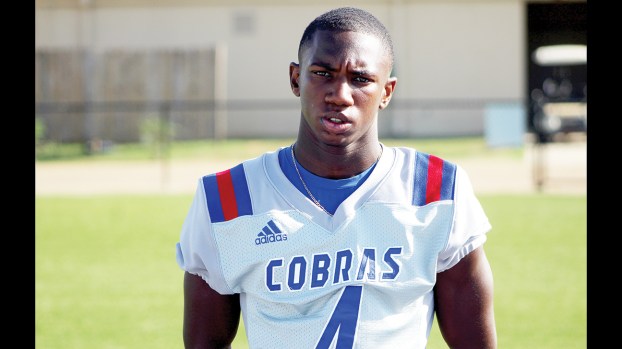 Sims is All-Area Most Valuable Player

There was never really doubt about who would earn the distinction of being named The Daily Leader All-Area Most Valuable Player. Wesson senior wide receiver Antrelle Sims came into the season as the favorite for the award and lived up to those expectations in his final season as a Cobra.

Sims earned MAC 2A All-State honors and was selected to play in the MAC Blackwell All-Star game. He hauled in 57 passes for 1,041 yards and 15 scores. He also had three kickoff returns for touchdowns as Wesson again made the second round of the MHSAA 2A playoffs.

As a sophomore Sims was forced into playing quarterback out of necessity. At the time Wesson coach Jeremy Loy predicted that he’d have Sims back at wide receiver eventually and that he’d be one of the best players in the state at his position.

That all came to fruition early in the 2019 season as Loy’s son Will took over as starting quarterback as a freshman and Sims began to burn defenses as a junior receiver. He kept up that production in 2020.

You’d be hard-pressed to find a star athlete who’s more loved by those at their school than Sims is at Wesson.

The teachers, coaches, custodians and cafeteria ladies will tell you that Antrelle Sims is a talented football player and worthy of being named the 2020 Daily Leader All-Area Most Valuable Player — but that’s just a small part of who he is as a person. He’s a strong student, a leader among his peers, a hard worker, a polite young man and a great representative for his family, community and school.

Cougars dial in from deep to beat Lamar Christian

Things are finally starting to round into form for coach Josh Watts and his Brookhaven Academy basketball team. The full... read more