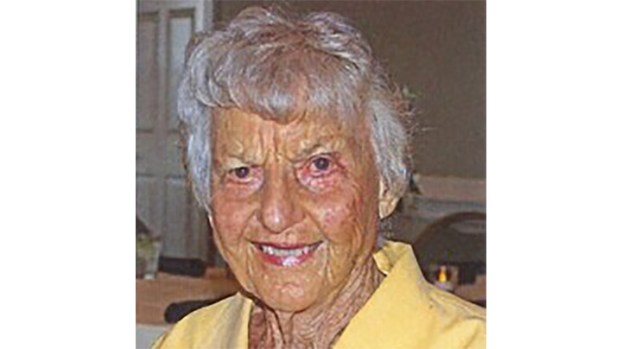 Tina was born in Leander, WV, to the late Herbert and Nellie Legg Hess. She graduated from Ansted HS and St. Francis School of Nursing in Charleston, WV. She worked briefly after graduation but in 1942 joined the Navy becoming a proud member of the Navy Nurse Corps and embarked upon the greatest adventure of her life. During WWII she served aboard the hospital ship USS Refuge which saw duty in both the European and South Pacific Theatres of war. For her service, she was the recipient of the American Campaign Medal, Philippine Liberation Ribbon, European-African-Middle Eastern Campaign Medal with 1 bronze campaign star, the WWII Victory Medal and the National Defense Service Medal. She obtained the rank of Lt. and while serving met her future husband of 55 years, LCDR Francis H. Davey, when both were stationed in Jacksonville, FL.

For many years, Tina was a proud Navy wife traveling with her family to a number of duty stations before their final move to Gulf Breeze in 1965 and subsequent retirement in 1970. She returned to nursing and was employed by Sacred Heart Hospital for a number of years as an Evening Supervisor.

She volunteered along with Frank at the Naval Aviation Museum and enjoyed her bridge club, was a long time member of the Ho and Hum Garden Club in Gulf Breeze, The Navy Nurse Corps Association, Retired Officer’s Wife Association and St. Ann Catholic Church in Gulf Breeze. She enjoyed her yard and gardening and cherished her visits home to West Virginia.

Visitation will be held 9:30am until the Funeral Service to begin at 10 a.m. Thursday, February 4, 2021, at St. Ann Catholic Church, Gulf Breeze, FL, with the Msgr. Luke Hunt celebrant. Burial will follow at 2 p.m. at Barrancas National Cemetery with procession departing Harper-Morris in Pensacola at 1 p.m.

In lieu of flowers, donations may be made to USO or charity of choice. The family would like to thank the staff at the Beacon ALF in Gulf Breeze and her caregivers, Shae and Yary for their loving and compassionate care and friendship, as well as Emerald Coast Hospice.