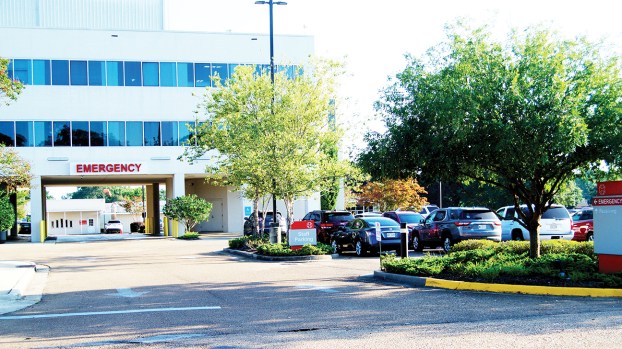 Photo by Donna Campbell King’s Daughters Medical Center, in Brookhaven, is one of about 2,000 of the country’s acute care hospitals located in rural areas.

KDMC will administer its third shipment of vaccines Friday

King’s Daughters Medical Center will administer its third shipment of the Moderna vaccine on Friday.

The hospital received more than 1,000 calls on Wednesday from area residents seeking to claim one of the 200 doses available in the shipment, briefly crashing the hospital’s phone system. The hospital has received 1,000 doses so far from the Mississippi Department of Health.

“It created a massive problem,” said David Culpepper, director of marketing. “But we worked with the vendor to do what we need to do to resolve that issue so it won’t be there moving forward.”

Claims for this shipment of vaccines went quickly just as the last two shipments, according to Culpepper.

“After getting the phone lines back up, it didn’t take very long,” Culpepper said. “It was probably an hour or so.”

This shipment of vaccines is open to individuals age 65 and up and age 18-64 with underlying health conditions. The previous shipments were only available for those ages 75 and up. The hospital won’t know the breakdown of age groups vaccinated until after vaccines are administered.

“We’ll know that after we get through with the vaccines” Culpepper said.

These vaccines will be administered at the hospital on Friday at 4 p.m. The process is expected to stay the same.

“We really don’t see it going any different than any previous dates,” Culpepper said.

Culpepper wants the community to know that KDMC has been working to fix its phone line issues regarding the vaccines.

“The biggest thing is that we apologize for the inconvenience,” Culpepper said. “The demand (for the vaccine) is there. We’re doing everything we can on our side, but then again if a massive volume of calls comes in something is going to break. We are working diligently so this problem is solved and the process is smooth for all involved.”