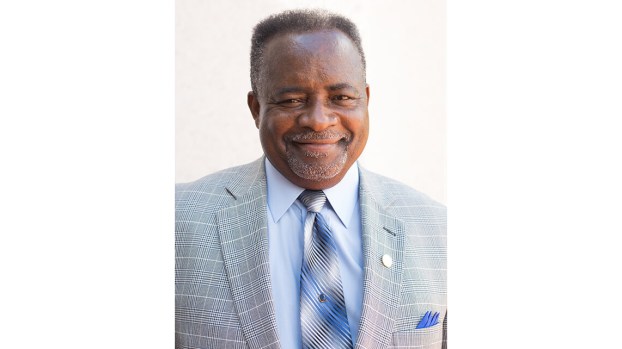 Brookhaven alderman to retire after 20 years on board

Brookhaven Ward 1 Alderman Dorsey Cameron has announced his intention to retire at the end of this term.

“The Lord has blessed me. It’s been a good 20 years,” Cameron said, after informing the board of his plans during its regular meeting Tuesday.

“I saw a need for the community I live in, like the streets needed attention — potholes and recoating, etc. — so that’s one of the points I originally ran on,” Cameron said.

As a 40-year employee of CenterPoint Energy, Cameron drove the streets of Brookhaven daily, along with nearby cities such as McComb and Prentiss.

“I saw the different ways towns were being governed and thought Brookhaven could use some improvement,” he said.

Jerry Morgan had been Ward 1 alderman for 20 years and was planning to retire. Cameron approached him out of respect and talked with him about running for the seat.

“He said he thought the world of me, that I had a level head and would be a good asset to the city,” Cameron said. “So he endorsed me and talked for me in Ward 1. That helped me a lot.”

Cameron was elected to his first term from a field of seven contenders, claiming the victory in a runoff. He said he’s seen the city accomplish a lot in the time since, as he served under the leadership of mayors Bill Godbold, Bob Massengill, Les Bumgarner and Joe Cox.

He recalls fondly a trip he took during his freshman term to Washington, D.C., with Godbold, Bumgarner and the city’s engineer. The group was able to secure “more than we needed” in the pursuit of grants that eventually provided for the building of the Godbold Transportation Center, the current Amtrak railway and Greyhound Bus station.

The opportunity to visit the nation’s capital and many of its historic sites was “a dream come true” for the Brookhaven native.

The city’s partnership with the Lincoln County Board of Supervisors to purchase and develop Linbrook Business Park was a high point for Cameron.

“I tell my grandkids and my children that my name on the plaque will be there and they and their kids can look it and see what their father and grandfather helped do and I’m proud of that,” he said.

But the one project of which Cameron is most proud is being part of the group that worked with the state to help bring the Mississippi School of Arts to Brookhaven.

“We did a lot of work and a lot of back-and-forth, and you can see the wonderful work they have done with it,” Cameron said. “Some of the top-of-the-line students of the school there are going on to great schools on full scholarships.”

“That’s my most satisfying accomplishment — helping to get that here, something in Brookhaven that is tangible, that we see every day — our fine arts school,” he said.

Friday is the qualifying deadline for the 2021 municipal primaries in April. As of Wednesday morning, four individuals had qualified to run for the Ward 1 seat: James Magee Jr., Bobby J. Jackson, Elisa Corley Jr. and Jason Dixon, all running as Democrats. Cameron was elected and has served as a Democrat.

Relay for Life 2021 kicks off on World Cancer Day