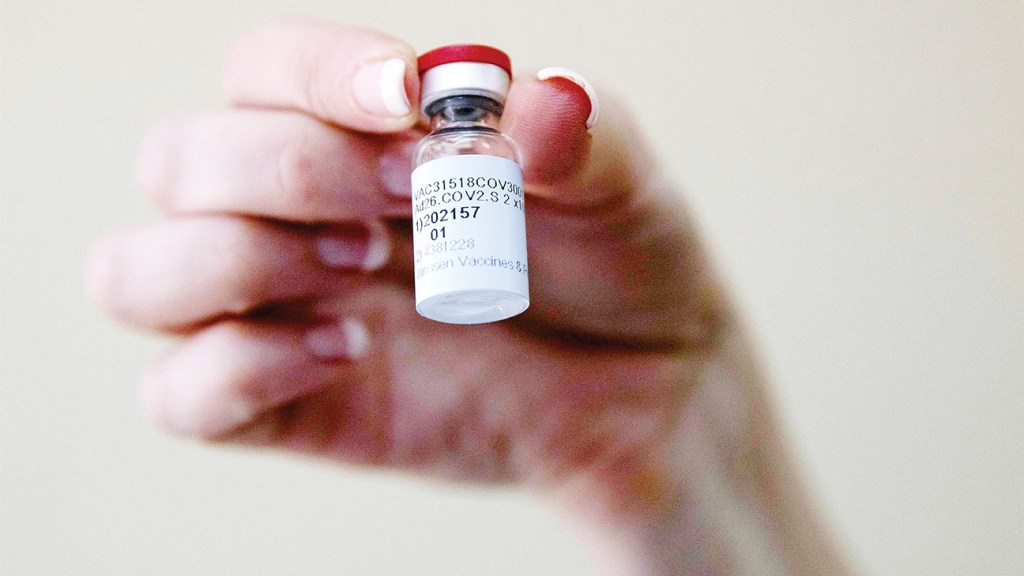 Mississippi received 24,000 dosage units of the Johnson & Johnson COVID-19 vaccine this week, just days after use of the third vaccine was authorized by the federal government.

Some see the new alternative as a positive option, noting that it requires only a single shot rather than the two doses required by the Pfizer and Moderna vaccines. The J&J vaccine is cheaper to produce and easier to store, able to be stored at normal refrigerator temperatures for up to three months — three times longer than Moderna’s and 18 times longer than Pfizer’s vaccine.

But others have issues with the newest alternative.

However, the greater issue for many is not one of efficacy, but morality.

Roman Catholic leaders in St. Louis and New Orleans are advising Catholics that the COVID-19 vaccine from Johnson & Johnson is “morally compromised” because it is produced using a cell line derived from an aborted fetus.

The New Orleans archdiocese says the decision to receive a vaccine is one of individual conscience. In its statement late last week, it stopped short of advising Catholics not to take the Johnson & Johnson vaccine, but adds that Catholics should choose coronavirus vaccines made by Moderna or Pfizer — if they are available.

The Archdiocese of St. Louis on Tuesday encouraged Catholics to seek out the Pfizer or Moderna vaccines and avoid the Johnson & Johnson version if possible. Like the New Orleans archdiocese statement, the St. Louis statement called the Johnson & Johnson vaccine “morally compromised.” However, the St. Louis statement stressed that Catholics can get that vaccine “in good conscience if no other alternative is available.”

Later Tuesday, a statement issued by chairmen of the United States Conference of Catholic Bishops’ committees on doctrine and abortion issues issued a statement reiterating the moral concerns. It said the Pfizer or Moderna vaccines are preferable “if one has the ability to choose a vaccine.”

While not disputing the church officials’ contention that an abortion-derived cell line is used in the production, Johnson & Johnson issued a statement Tuesday stressing that there is no fetal tissue in its vaccine.

Johnson & Johnson’s COVID-19 vaccine is made using a harmless cold virus, called an adenovirus, the same technology it used to produce a successful Ebola vaccine. The adenovirus is grown using what’s called an immortalized cell line, and the virus then is pulled out and purified.

Several types of cell lines created decades ago using fetal tissue exist and are widely used in medical manufacturing but the cells in them today are clones of the early cells, not the original tissue.

The United States Conference of Catholic Bishops said in a January statement that “abortion-derived” cell lines were used to test the Moderna and Pfizer vaccines but not in their development or production.

The Archdiocese statements renewed religious discussions about the vaccine and the use of abortion-derived cells. In December, the Vatican said that “it is morally acceptable to receive COVID-19 vaccines that have used cell lines from aborted fetuses” in the research and production process when “ethically irreproachable” vaccines aren’t available to the public.

Pope Francis has frequently spoken about the need to ensure that vaccines are widely available, especially to the poor and marginalized. And, last month, a decree signed by the governor of the Vatican city-state said that Vatican employees who opt out of vaccination without a proven medical reason could be subject to sanctions, including being fired.

U.S. Catholic leaders spoke out against vaccines developed using aborted fetuses, vaccination itself was affirmed as needed for the good of society.

While emphasizing the need “to continue to insist that pharmaceutical companies stop using abortion-derived cell lines,” given the worldwide suffering that this pandemic is causing, the U.S. Conference of Catholic Bishops reaffirms “that being vaccinated can be an act of charity that serves the common good,” according to a statement from the USCCB chairman Bishop Kevin C. Rhoades.

While the Mississippi State Department of Health has issued a statement saying the 24,000 doses received from Johnson & Johnson have been distributed to select MSDH drive-through sites and “enrolled vaccine providers throughout the state,” King’s Daughters Medical Center in Brookhaven is not one of those providers.

“At this time KDMC is not scheduled to receive the Johnson & Johnson vaccines,” Chief Human Resources and Regulatory Officer Celine Craig said.

The hospital will continue its current vaccination efforts, however.

“We will continue to offer vaccines to the community as long as we receive them,” said KDMC spokesman David Culpepper.

The Associated Press and The Vatican News contributed to this story.