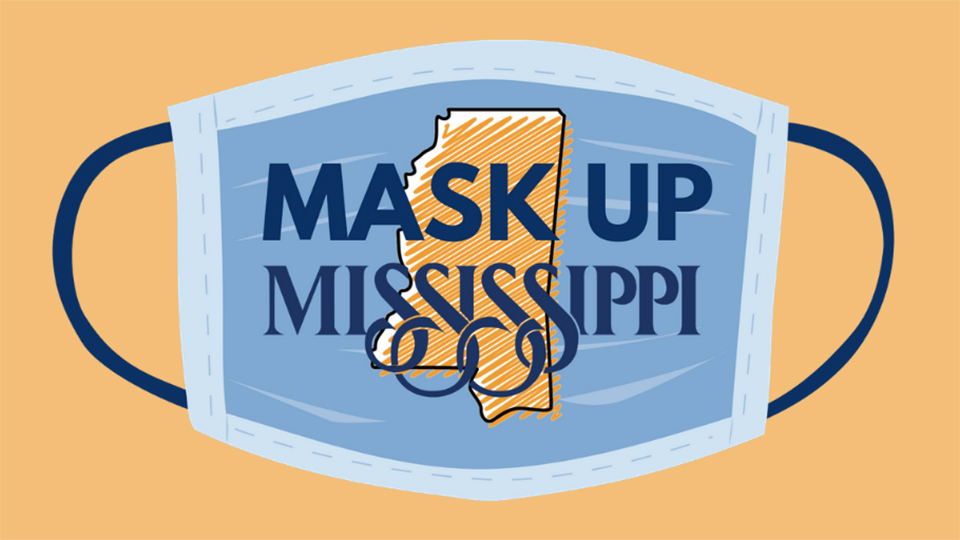 (AP) — Mississippi’s top public health official is urging people to continue wearing masks in public to slow the spread of the coronavirus, even after Republican Gov. Tate Reeves lifted a mask mandate.
Dr. Thomas Dobbs, the state health officer, said during a news conference Monday that Mississippi has seen a significant decrease in hospitalizations from COVID-19 in recent weeks, but “we’re not done with the COVID pandemic.”
“Just like in a baseball game, if you’re up a run or two in the sixth or seventh inning, you don’t just lay down and let the other team just go at it on offense,” Dobbs said. “It’s time to continue with some of the safety measures we have in place. Continue to mask in public. Continue to avoid indoor social gatherings. And get vaccinated when it’s your turn.”
Reeves last week lifted the mask mandate that had been in place for most of Mississippi. He recommended that people continue to wear masks but said the governor’s office was “getting out of the business of telling people what they can and cannot do.” Reeves said cities are allowed to keep local mandates. Jackson and Hattiesburg are among the cities that have done so.
The governor also lifted most other restrictions on businesses. His executive order that took effect Wednesday specified that “close-contact” businesses such as barbershops, beauty salons and massage or tattoo parlors should encourage their employees and customers to wear masks.
Mississippi has a population of about 3 million. The Health Department said Monday that more than 488,000 people have received at least one dose of a COVID-19 vaccination, and nearly 276,000 people are fully vaccinated.
Dobbs said Mississippi is closing the gap on racial disparities in vaccinations. Black people comprise 38% of Mississippi’s population. They now represent 25% of those who have received at least one dose of a vaccination, up from about 17% in early February.
The Health Department reported 70 new confirmed cases of the virus Monday — one of the lowest numbers in a long time. The department has reported 297,651 confirmed cases and 6,808 deaths in Mississippi since the beginning of the pandemic.
Mississippi reported its first confirmed case of the virus on March 11, 2020, and the first confirmed death from it eight days later.
The state epidemiologist, Dr. Paul Byers, said Monday that Mississippi’s largest single-day total of new confirmed cases occurred Jan. 8, when more than 3,500 were reported. The largest single-day total of new deaths was 57 reported on Jan. 15.