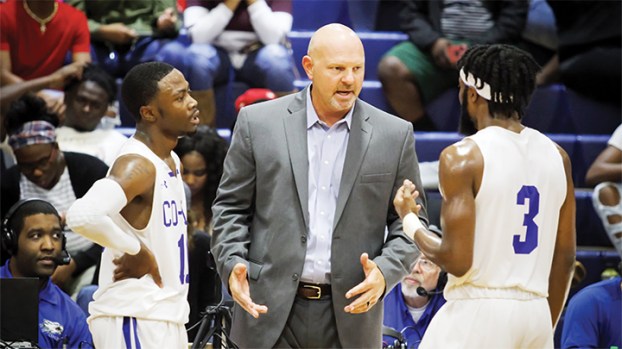 Photo by Co-Lin Sports Info Co-Lin head basketball Kenny Bizot was announced as the new athletic director at Mississippi College on Monday. Bizot is replacing his former coach and mentor Mike Jones, who is retiring after 33 years at the school in Clinton. 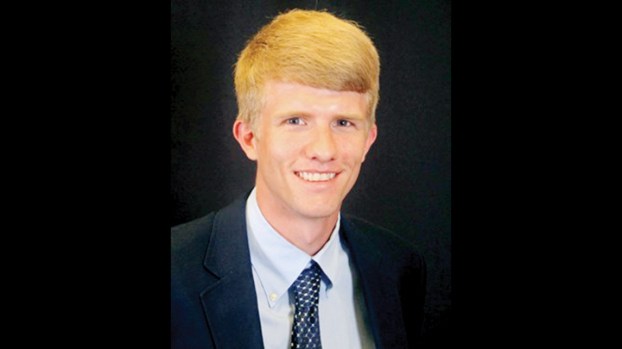 Photo by MC Athletics Former West Lincoln and Co-Lin standout Jay Case is now an assistant coach at Clinton High. Last weekend Case and the Arrows hoisted the gold ball in Jackson as they beat Starkville in the MHSAA 6A state championship game. 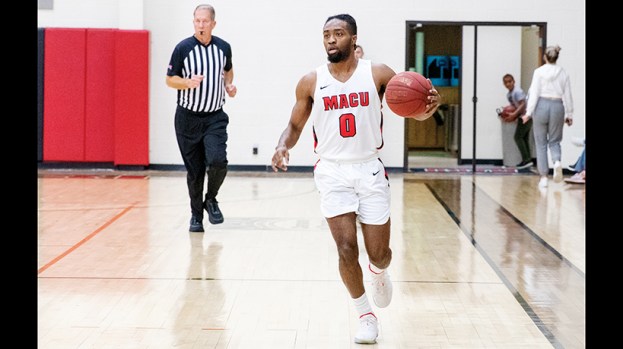 Photo by MACU Athletics Damarius Brooks, a product of Brookhaven High and former Co-Lin basketball standout, was recently awarded the Sportsmanship Award by the Sooner Athletic Conference. Brooks is a senior at Mid-American Christian University in Oklahoma City.

Today seems as good as any to clean out my notebook and write about a few odds and ends. Feels like something that needs to be done every year around this season as Spring Break has most area schools taking the week off from game action.

Also announced Monday by MC was that Jones would be replaced as AD by current Co-Lin head basketball coach Kenny Bizot.

Jones is a Lawrence County native who has become synonymous with Choctaw athletics over the course of his career. The court in A.E. Wood Coliseum bears his name.

At then-Copiah-Lincoln Junior College, Jones played under Hall of Fame head coach M.K. Turk and was later on Turk’s staff in Hattiesburg at Southern Miss as an assistant coach.

When former Co-Lin head coach Richard Williams left the school to become a Mississippi State assistant, he was replaced by Jones.

During his time in Wesson, Jones had powerhouse teams that preceded him being hired at MC.

Former Brookhaven Academy standout Chris Thurman played for the Choctaws under Jones and his roommate was a hard-charging forward from Brother Martin High in New Orleans — Kenny Bizot.

Bizot was named Mr. Hustle all four years he played basketball under Jones. He was later an assistant at the school for some of the best teams in MC history working alongside Jones and Brookhaven native Don Lofton.

Coming back to the school as athletic director is a chance for Bizot to come home.

“MC is a special place for me, and this was an opportunity that I couldn’t pass up,” said Bizot. “I’ve loved my time in Wesson and so has my family, but I’m excited about this new challenge.”

Prior to coming to Co-Lin, Bizot was the head coach at the University of Texas-Tyler.

The Co-Lin men’s basketball team only has three regular season games remaining this year. This season was Bizot’s eighth at the school. He was hired in 2013 to replace former coach Dennis Sim who retired after 17 years at the school.

More big news coming out of Clinton this weekend was the Clinton High boys’ basketball team winning the MHSAA 6A state title with a 56-51 win over Starkville High in the Mississippi Coliseum.

Clinton has one of the best high school players in the state in 6-foot-7 junior forward Kimani Hamilton. Hamilton’s father Tang was a star at Lanier High and then Mississippi State.

Case says the level of competition faced at the 6A level by Clinton is unlike anything he experienced growing up in Flea Hop.

“There’s good players on each team in 1A and 2A ball, but when you jump to the top of the 5A or 6A league in this state it’s a whole different game,” said Case. “We had guys coming off the bench for us this year who’ll sign basketball scholarships but didn’t start.”

Clinton is coached by Robert Green and finished 21-1 this season. Their lone loss on the season was a 60-57 overtime game against Vicksburg.

“I’ve learned a good bit from coach Green,” said Case. “He’s let me lead parts of practice and run some timeouts during games. He’s really allowed me to grow as a coach and taught me a lot on how to deal with refs and what certain kids you can push harder than others.”

Prior to working at Clinton, Case began his career as an assistant at Richland and as a graduate assistant at MC.

Coaching is in Cases’ blood as the gym at West Lincoln is named after his grandfather Jack and his father Jason won championships as a player at West Lincoln and as a coach at Brookhaven Academy where he now serves as Head of School.

Another local product that was raised in the gym is Jackson State senior forward Darrian Wilson.

The son of Brookhaven High girls’ head coach Preston Wilson, Darrian played at BHS and then Co-Lin before signing with the Tigers.

His third year at JSU has been by far his best as he’s been a key role player for coach Wayne Brent.

With a win over Alabama State last week, the Tigers clinched a share of the SWAC regulars season championship.

Last summer, Wilson served as an AAU coach with one of the top programs in the state, Snack Pack Elite. The Tigers (11-5) open SWAC Tournament play today against Arkansas-Pine Bluff.

While at Brookhaven High and Co-Lin, Wilson was teammates with guard Damarius Brooks.

Brooks is now a senior playing at Mid-American Christian University in Oklahoma City.

The Sooner Athletic Conference recently handed out their postseason awards and Brooks was chosen for the SAC Sportsmanship Award. It’s an honor voted on by the league’s 11 head coaches for leadership displayed both on and off the court.

Switching it to the baseball diamond, Pearl River C.C. pitcher Landon Gartman is another area alum that’s been hot of late.

Gartman is 3-0 on the season and went seven innings while striking out seven and giving up just five hits last week in a 9-0 win over Northwest. He is a University of Memphis signee.

Freshman pitcher Byrion Robinson has also made four mound appearances for PRCC. The BHS alum is 1-0 with nine strikeouts in 5.1 innings of work thus far.

At Hinds, freshman Austin Fugler — a high school teammate of Gartman’s at Enterprise — is 1-0 in four pitching appearances.

Another pair of local teammates that are playing MACCC baseball are Brookhaven Academy alums Brady Spring at Jones College and Dawson Flowers at Mississippi Gulf Coast.

Spring is hitting .293 for the Bobcats while Flowers is second on the team in innings pitched for MGCCC with 19. He’s 1-0 with a save in four appearances.

Also making a mark at Jones this season is softball infielder Kat Wallace. The Brookhaven High product is batting .308 and has started every game this season for Jones (15-3).

The Jones at Co-Lin doubleheader scheduled for April 6 is one that softball fans have had circled in red as a must-watch matchup since the season began.